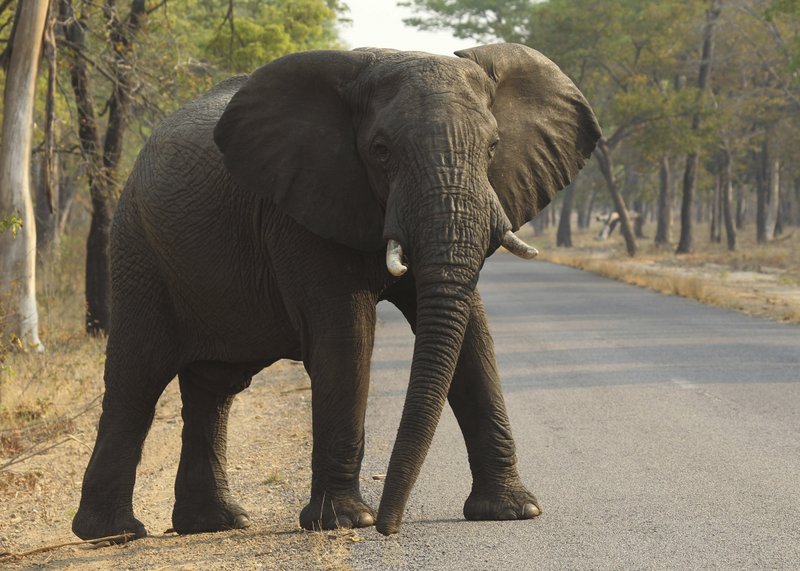 A Victoria Falls man died after being trampled by a domesticated elephant he was herding on Saturday.

Joram Ndlovu (40) was employed as a handler by Wild Horizons, one of the leading tour operators in the country when one of the elephants trampled him midmorning.

He was in the company of two colleagues Misheck Ncube and Nyasha Phiri who desperately threw stones at the charging jumbo to scare it away from attacking Ndlovu.

They had released the herd around 8am and drove it for grazing in the sanctuary.

Around 11am they were supposed to drive them back to the stables for the day’s interaction activities but that failed as two of the young elephants started a fight.

In the process, one of the elephants charged at the handler as it fled from the adult elephants that joined in the fight, said Wild Horizons animal sanctuary manager Zenzo Sibanda in a statement to the police.

Police confirmed the incident while Zimbabwe Parks and Wildlife Management rangers put down the elephant, classified as a problem animal in terms of wildlife operations.

This is the third attack on handlers by domesticated elephants in a year.

In July 2017, a similar incident left 50-year-old Enock Kufandada dead after he was attacked by a domesticated jumbo nicknamed Mbanje which he was also handling at Adventure Zone  while early this year another Victoria Falls man James Ncube was attacked by Dojiwe, another domesticated elephant.

The elephants are domesticated so they can be used for elephant rides by tourists and are given names for easy communication.