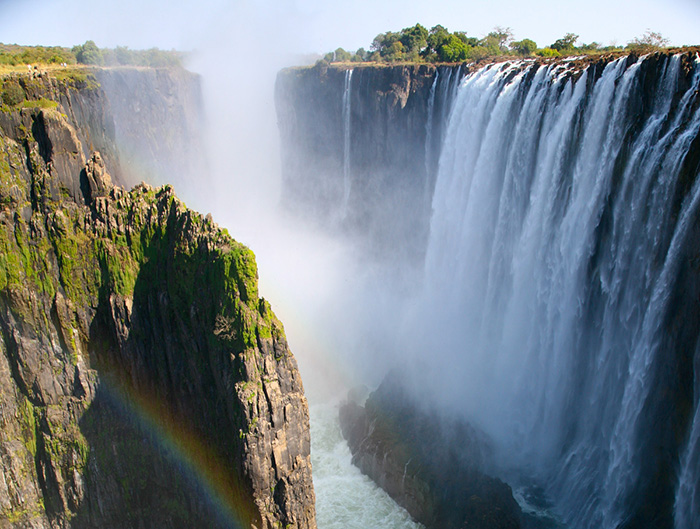 WILDLIFE conservationists in Victoria Falls are planning a 2016 musical shutdown whose proceeds will go towards erecting a fence around a dump site viewed as environmentally unfriendly to wild animals, especially elephants, hyenas and baboons.
There have been concerns about wildlife deaths after eating plastic and waste material at a council dumpsite and organisations such as Environment Africa and Victoria Falls Green Fund have taken the initiative to fundraise for the erection of a security fence around
the dump site near Masue River.
Organizers of the Victoria Falls Econet Marathon-Wild Frontiers are also another organisation that have shown interest in the project.
Dubbed #Elefenst2016, the show will be star-studded with Victoria Falls’ greats on December 17 on the Zambezi River bank.
“Welcome to the first ever #Elefenst2016, an epic music festival on the banks of the Zambezi River in Victoria Falls which will bring together Zimbabwe’s finest musical talent and combine it on the same stage with Victoria Falls’ finest local talent – thus creating a rich
and diverse musical extravaganza unique to our region of the world,” said the organisers on their website.
“This is of course all in the name of the wonderful human-wildlife mitigation projects that are being carried by Victoria Falls Green Fund and Environment Africa.”
The event will come two weeks before the annual international Jameson Carnival which attracts revellers from around the world.
Some of the artists at the #Elefenst2016 include Evicted, Mackay, Flying Bantu, Amy and the Calamities, Kweseka Youth Band, So Kindly and Bud Cockcroft and Friends.
“These two NGOs are embarking on a project to erect a solar electric fence around the entirety of the Victoria Falls Municipal dump site in order to protect elephants and other wildlife from ingesting the harmful waste through which they regularly scavenge due to a lack of fencing.
“#Elefenst2016 will be a fantastic day out with the whole family celebrating and supporting this fantastic cause-a cause for which we are directly responsible and must take action for.
“We hope to see you all at the Riverside Venue on December 17 supporting your favourite local acts, soaking up the sun, scenery and great music,” said the organisers.
Tickets are $15 advance before November 7 and $20 thereafter while VIPs will fork out $60.Advertisement

The organisers are also appealing for donations towards the project.
Meanwhile, the project will also include setting up a beehive fence along the boundary between Mkhosana suburb and Zambezi National Park to prevent elephants from straying into residential areas since jumbos fear bees and avoid areas infested with the insect.