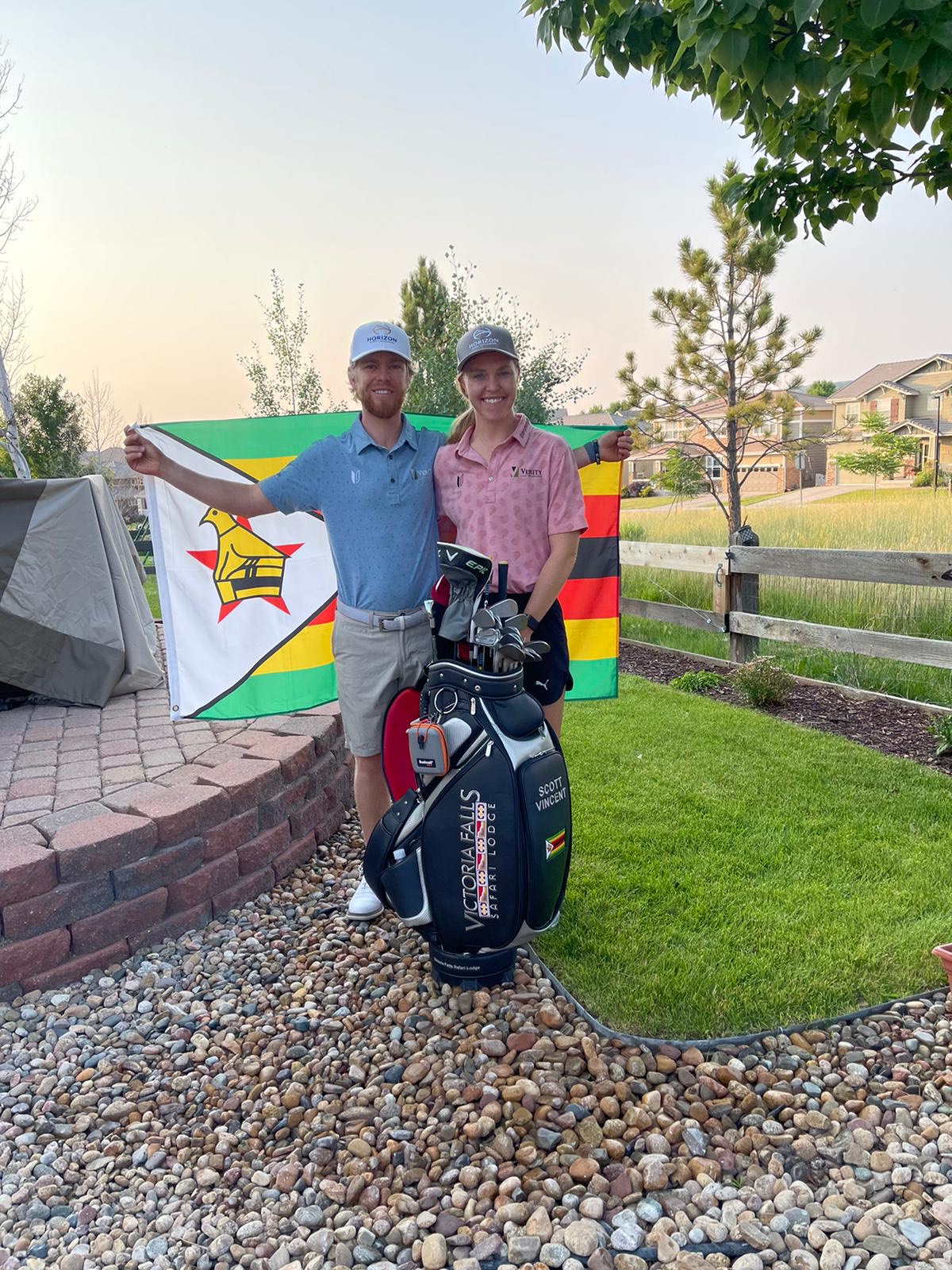 Vincent will represent the country in the men’s Olympic Golf Tournament at the Kasumigaseki Country Club on the outskirts of Tokyo from July 29 to August 1.

And ahead of his participation at the global sporting showcase Africa Albida have announced that they will be partnering Vincent as his only Zimbabwean sponsor.

Africa Albida Tourism chief executive Ross Kennedy said finding a suitable brand partner to link with on the international stage was never easy, and so signing with fellow Zimbabwean Scott Vincent was a real bonus.

“His pride and loyalty in and for Zimbabwe aligns with our own, and his passion for tourism in our own country makes our partnership even stronger,” Kennedy said.

“We look forward to watching and supporting Scott grow his golf career around the globe whilst proudly carrying and promoting Victoria Falls Safari Lodge and the Zimbabwean flag with him,” he said.

“We are delighted to be associated with Scott and wish him great success in the 2021/22 season.”

“Visiting Victoria Falls Safari Lodge is always one of my highlights when returning to Zimbabwe, especially when I have international guests in town. It gives everyone that visits Zimbabwe a true African experience,” Vincent said.

“The wildlife, friendly people and beautiful views are just a few things that stand out at this miraculous destination. Just thinking about it makes me want to get back there as soon as possible,” he said.

A product of the Zimbabwe Junior Golf Association’s development programmes Vincent has been lifting the country’s flag high on the international stages in recent years.

The 29 year-old golfer grew up in Harare, where he honed his talents at Chapman Golf Club and attended St John’s College.

After a successful junior and amateur golf career in which he represented Zimbabwe in countless tournaments on the continent and overseas, Vincent was offered a scholarship at Virginia Tech in the United States.

The move to the US allowed Vincent to further hone his golfing skills by competing with some of the leading upcoming golfers in the world while also furthering his education.

He turned professional and started his pursuit of playing on the PGA Tour in 2015, after graduating with a degree in finance from Virginia Tech in the United States.

Vincent began his professional career with a 5th place finish in the Asian Tour qualifying school, securing his Asian Tour card for 2017, and has not looked back since.

Among his goals, Vincent, who has reached a career high world ranking of 129, hopes to enter the Top 100 on the World Golf Rankings this year, start a junior golf foundation in Zimbabwe and support wildlife conservation in southern Africa.