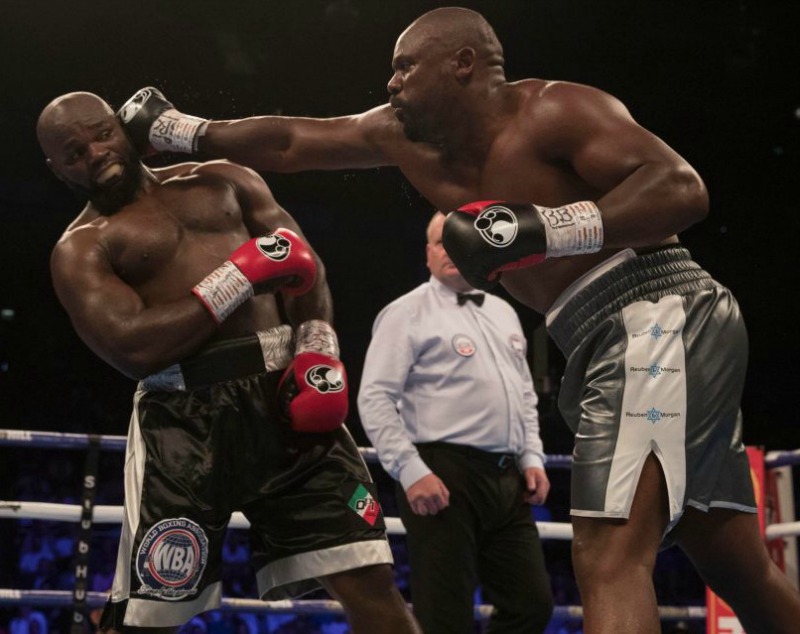 ZIMBABWE-BORN British heavyweight boxer Dereck Chisora will challenge WBC heavyweight champion Deontay Wilder to a fight in his backyard after resurrecting his career with a ferocious knockout victory Frenchman Carlos Takam in front of a sell-out, 20,000 crowd at the O2 Arena in London on Saturday.

The 34 year-old boxer was way behind on points but pulled out a knockout right hand in the eighth round to stun former title challenger Takam.

The win, after a handful of high-profile defeats, catapulted the Mbare-bred brawler back into world title contention.

And promoter Eddie Hearn says he will send his 35-year-old fans’ favourite to the US take a shot at the American.

Hearn told IFL: “I’d like to see Chisora fight Wilder, why not?

Hearn has been desperately trying to get Wilder to come to England for an ultimate showdown with WBA, IBF and WBO king Anthony Joshua.

Fury beat Chisora in 2011 and 2014 but believes Delboy, as Chisora is affectionately known by his fans is ready to wrap a strip of gold around his waist.

He said: “I would be the first to back him in a world title fight.

“I’ll back the campaign; let’s get a campaign going where we get Dereck Chisora a world heavyweight championship around his waist,” Fury said.

“The guy deserves it, he’s a warrior, he’ll fight anybody, he’s been on the road, he’s fought the best in the world, he’s still going – even when people write him off.”

Prior to Saturday’s victory Chisora had endured a chequered record over the last two years with a six-fight win-lose run of form. A loss to Kubrat Pulev in May 2016 was backed up by two-round KO of Drazan Janjanin four months later.

He then dropped a split decision to Dillian Whyte in one of the heavyweight fights of the year in December 2016 before bouncing back with a routine stoppage of Robert Filipovic at the Echo Arena in 2017.

Last time out, Chisora couldn’t find a way past Agit Kabayel in a European title challenge in Monaco but after returning to winning ways at the weekend, the Zimbabwe-born pugilist id dreaming again.