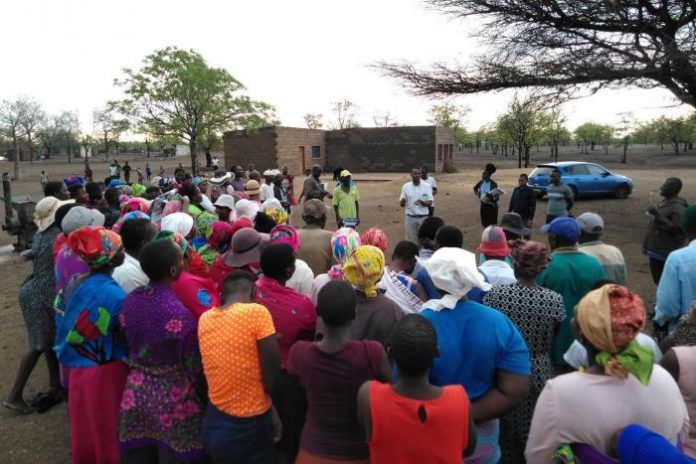 LIVISON Chikutu a village head under Chief Chilonga was on Wednesday acquitted by a Chiredzi Magistrate after prosecutors failed to prove that he led a demonstration and incited violence at Chief Chilonga’s homestead in April this year.

He was being represented by Rita Chakauya of Muzenda and Chitsama Legal Attorneys whilst Moreblessing Rusere stood in for the State.

Chakauya told NewZimbabwe.com that her client was acquitted after the state failed to prove that indeed he incited people to downplay the Chilonga Lucerne project being funded by Dendairy, Zimbabwean dairy company.

“The state failed to prove its case because there was not enough evidence. Chikutu was acquitted after we filed the application for discharge,” said Chakauya.

Chikutu was on a ZW$5 000 bail since his arrest for allegedly masterminding the backlash by villagers who even protested during a visit by Vice President Constantino Chiwenga in 2020.

Government officials are on record saying that there is no going back on the Lucerne grass project which will lead to displacement of hundreds of families.

The project has seen senior government officials being implicated in the deal which will cover at-least 10 000 hectares of arable land.

Shangaan locals have, however, vowed that they will not be moved by any form of government intimidation or interference with the intention to parcel out their ancestral land.

Although the evictions have been halted for now, the government has promised to continue with the Lucerne grass irrigation scheme and went on to gazette a Statutory Instrument (SI) 63A of 2021 declaring that the land is now for establishment of an irrigation scheme.