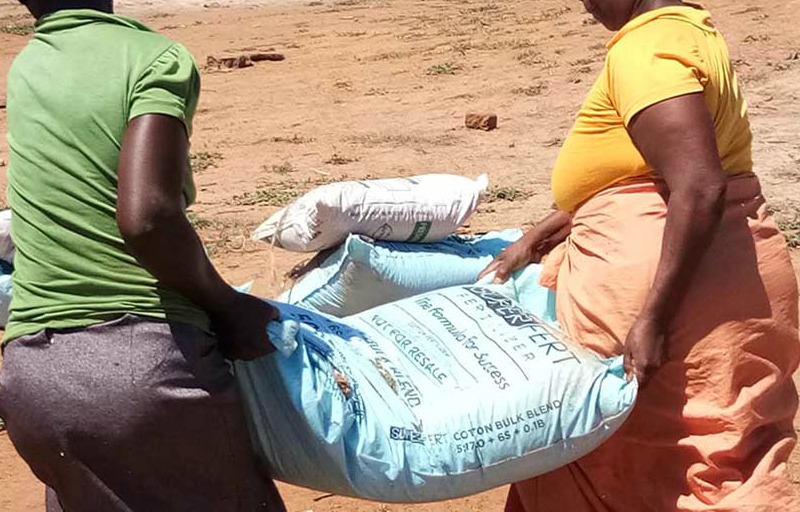 Mwenezi: SOME villagers from Mwenezi recently pounced on a broken down haulage truck and helped themselves to 600 bags of fertiliser which was intended for distribution among beneficiaries of government’s command agriculture programme.

At least 35 of them from areas near Lundi Business Centre have been arrested and dragged to Mwenezi magistrate’s court facing theft charges.

Some have been convicted and ordered to pay fines while others will perform community service.

According to court prosecutors, on 14 October this year, Kaitano Kuteya, the driver of the truck had a tyre bust at the 105km peg along the Masvingo-Beitbridge highway.

He was coming from Masvingo when the tyre burst.

The tyre incident also resulted in a fire that threatened to burn down the load.

Court was told, while Kateya was busy trying to extinguish the fire, several villagers descended on the scene and stampeded for 600 bags of the agro-based product which was in 50kg bags.

Motorists who also arrived at the scene were among those who took part in the illicit shopping.

After the looting, police launched a manhunt for the villagers and some were arrested with the fertiliser in the homes while some bags were recovered dumped in open spaces by villagers who had got wind of that police were on their trail.

Only 300 bags have so far been recovered.

Last year, people in Macheke looted rice after a tanker and a truck collided along the Harare-Mutare road. This was despite the tanker leaking fuel which could have caused an explosion.

In 2011, 11 people, the majority being residents of Harare’s Sunningdale suburb, were burnt to death when a fuel tanker they were siphoning fuel from burst into flames.

The tanker had been involved in a road accident with a private car.