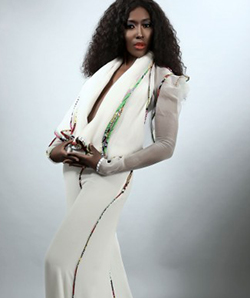 FORMER Big Brother Africa contender Vimbai Mutinhiri continues to shine in foreign lands after landing a managerial post with a leading Nigerian company, Temple Management Company (TMC).
The Zimbabwean model and actress, who has also co-hosted the Africa Magic Viewers Award (AMVCA), signed the deal recently—a breakthrough she confessed to have long waited for.
“I am excited, it is a new journey for me. It is a new season of my career that I am looking forward to,” she said.
“You get to a stage in your career when you had to partner with like-minded people who have the experience and network to take you to where you want to go.”
Although she did not land the top prize, Mutinhiri twice made it into Big Brother Africa.
Focusing primarily on entertainment, sports, media and art sectors, TMC represents some of Africa’s top talents in West and East Africa including Iyanya, 9ice, Mavin Records Group, Seye Ogunlewe, Marylove Edwards, Shaffie Weru, Blinky Bill among others.
Head of Entertainment at Temple Management Mark Redguard expressed confidence in Mutinhiri’s capacity to transform the company’s vision into the reality of a global brand.
“Vimbai’s aspiration is in view of what we set out to achieve at Temple Management Company (TMC) and we look forward to a very successful journey,” said Redguard.
Mutinhiri said the company is just over a year old but has grown tremendously into a global brand with international affiliations across Africa, North America, and Europe.
The Zimbabwean has an honours degree in politics, philosophy and economics from University of Cape Town
Vimbai launched her career at the age of 15 years as an actress for a short film titled “Who’s In Charge”—a movie which featured at the Zimbabwe International Film Festival.  She later landed a lead role in Zimbabwe’s first soap opera titled “Studio 263”.
Mutinhiri is the Face of Castle Milk Stout (Cameroon) and has also been on the runway at the South Africa Fashion Week and the Zimbabwe Fashion Week.Advertisement