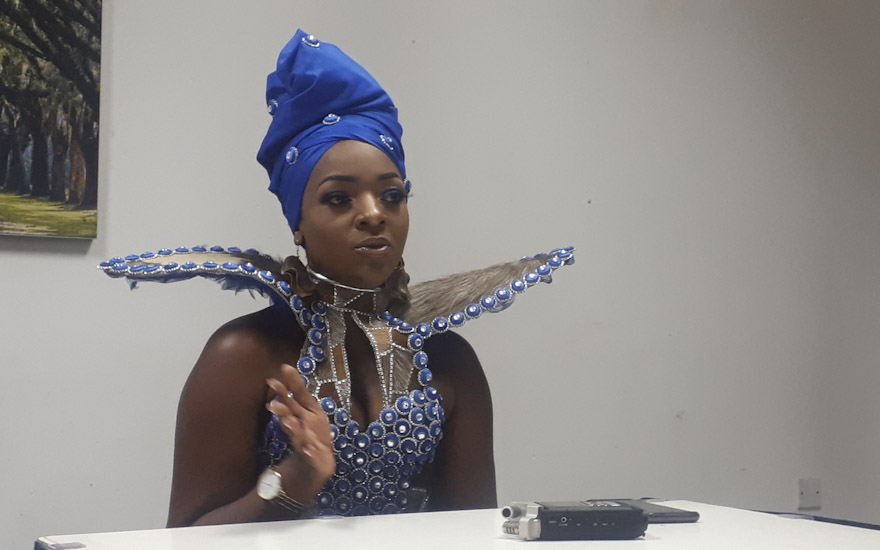 Vimbai Zimuto apparently with her clothes on
Spread This News

CONTROVERSIAL nude artiste Vimbai Zimuto has claimed prominent figures from Zimbabwe constantly flood her inbox requesting pictures including those of her private parts.

Zimuto was speaking at her V’tude Concert and Photographic Exhibition press conference in Harare on Thursday.

“I get a lot of requests, people ask me to send them personal nude pictures and some actually ask for a picture of my private parts specifically.

“I get a lot of those, if you see my inbox you will be shocked that Zimbabweans actually think like this. Sometimes you get a message from a very popular person, very popular, very respectable telling me things, I cannot even share,” said Zimuto.

The Netherlands based singer, dancer and mbira player said she has never sent anyone to protect her art.

Zimuto who once played for Oliver Mtukudzi’s Black Spirits and Tanga wekwaSando rose to fame after the release of a steamy video last year, Hapana Kwaunoenda that bordered on pornography.

On Saturday she will be performing and exhibiting at the up market The Venue in Harare.

Added the mother of two: “The only thing I can tell you is that I am going to be part of the art, if you come through and see the exhibition I will be part of that.”

Zimuto who maintained that people like what she is doing sent social media into meltdown after the release of a series of nude pictures early this year.

Ever since, the ‘Earth Goddess’ as she calls herself has released more nudes, gaining herself over 40 000 followers on popular picture sharing platform Instagram.