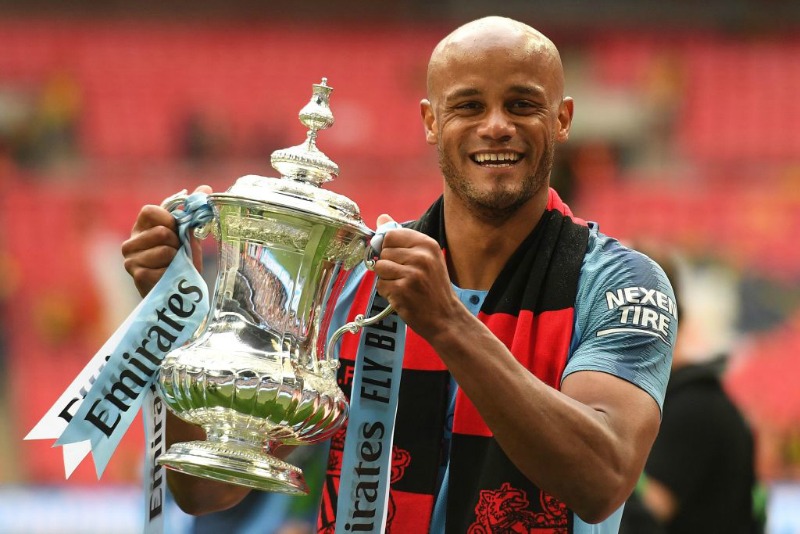 Vincent Kompany says joining Anderlecht as player-manager is the “most passionate yet rational” decision he has made after announcing he has left Manchester City.

The 33-year-old has signed a three-year deal with the Belgian club after 11 years at Etihad Stadium, eight of which he spent as club captain.

“Countless of times have I imagined this day,” he said. “After all, the end has felt nearby for so many years.

“Man City has given me everything. I’ve tried to give back as much as I possibly could.”

In a second letter released hours later, Kompany announced his move to Anderlecht, who said his arrival marked the “return of the prince”.

“I want to share my knowledge with the next purple generations,” said Kompany, who first joined Anderlecht at the age of six.

“With that, I will also put a bit of Manchester in the heart of Belgium.”

‘The time has come to go’

Centre-back Kompany joined City from Hamburg as a defensive midfielder in 2008 and was named club captain three years later.

He scored his final goal against Leicester on 6 May, a brilliant strike from 25 yards that was voted goal of the season on BBC Match of the Day.

That victory took City to within one win of the Premier League title, which they sealed on the final day of the season with victory at Brighton.

“As overwhelming as it is, I feel nothing but gratefulness. I am grateful to all those who supported me on a special journey, at a very special club.

“I remember the first day, as clear as I see the last. I remember the boundless kindness I received from the people of Manchester.

“I will never forget how all Man City supporters remained loyal to me in good times and especially bad times. Against the odds, you have always backed me and inspired me to never give up.”

City chairman Khaldoon Al Mubarak said: “There have been many important contributors to Manchester City’s renaissance, but arguably none are more important than Vincent Kompany.

“He defines the essence of the club. For a decade he has been the lifeblood, the soul, and beating heart of a supremely talented squad.

“A booming voice in the dressing room yet a quiet and measured ambassador off it, Vincent can be as proud of himself as we are of him.”