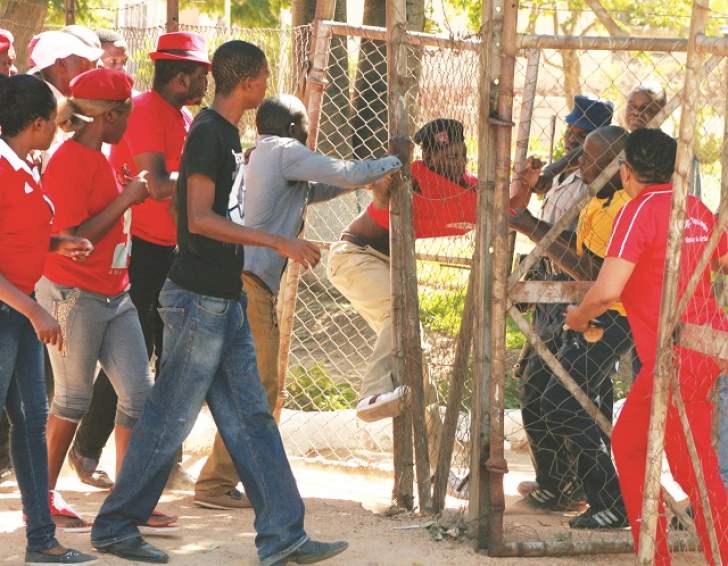 It was the second time in a week that the party’s internal polls in Marondera had turned violent and had to be aborted.

Hundreds of MDC members on Sunday gathered at the party’s offices in Morningside for the election ahead of the party’s national congress to be held next month in Gweru.

However, the process was aborted for the second time as two rival factions, contesting the composition of the voter’s roll, fought running battles.

Some party members also wanted to attack Matewu whom they accused of supporting Ward 7 councillor, Dominic Matangira who is vying for the district chairperson position.

Matangira is reported to be supporting incumbent MDC president, Nelson Chamisa while Muzavazi is backing the party’s secretary-general, Douglas Mwonzora at the national congress.

Mwonzora and vice president, Elias Mudzuri have shown interest in contesting Chamisa if they are nominated.

Last week, the Marondera Central election was aborted when the MDC members fought over names on the voter’s roll.

The Sunday election was presided over by MDC Mashonaland East chairperson, Piniel Denga and it was unclear how the flawed process will proceed as elections for the provincial executive are expected to be held next weekend.