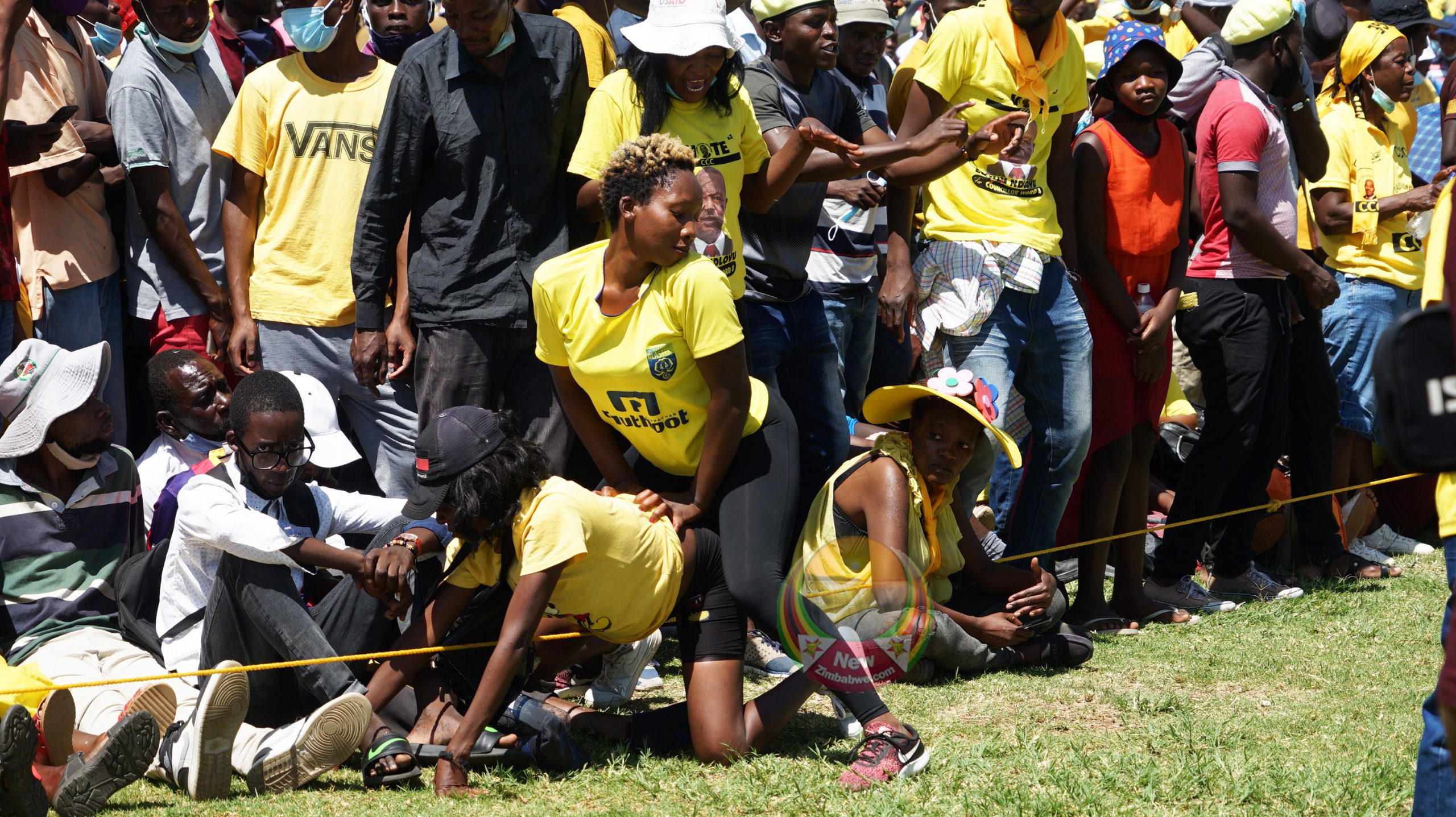 A SPECTACULAR showdown is looming between police and Citizens Coalition for Change (CCC) supporters who have vowed to defy the ban on its rally scheduled for Marondera Saturday.

THE Zimbabwe Republic Police (ZRP) banned the rally, to be held at Rudhaka Stadium, citing the notification sent by the party did not satisfy the legally permissible time frames.

The rally is party of CCC leader Nelson Chamisa’s whirlwind campaign ahead of the upcoming legislative and municipal by elections..

By Friday evening, hundreds of Chamisa’s supporters were already marching in the farming town, singing, chanting party slogans and inviting more people to their rally.

Its leaders also declared they would be going ahead with their rally despite the Friday morning ban.

Two weeks ago, Chamisa’s rally in Gokwe rally was banned on the eleventh hour despite the High Court having cleared it, leading to police teargassing supporters as a means to disperse them.

The rally, one of three party leader Nelson Chamisa has spoken at will be at Rudhaka stadium Saturday.

Police indicated that CCC’s application for a car rally was invalid because of insufficient notification time and went against provisions of the Maintenance of Peace and Order Act (MOPA).

That has however not stopped CCC leaders from encouraging their supporters to attend it.

“We are definitely going ahead in accordance with the law. Come one, come many!” the party’s national spokesperson Fadzayi Mahere said in a Twitter post.

By time of print, Zimbabwe Lawyers for Human Rights’ (ZLHR) Jeremiah Bamu and Obey Shava had “furnished the police with details which law enforcement agents had demanded” for it to proceed.