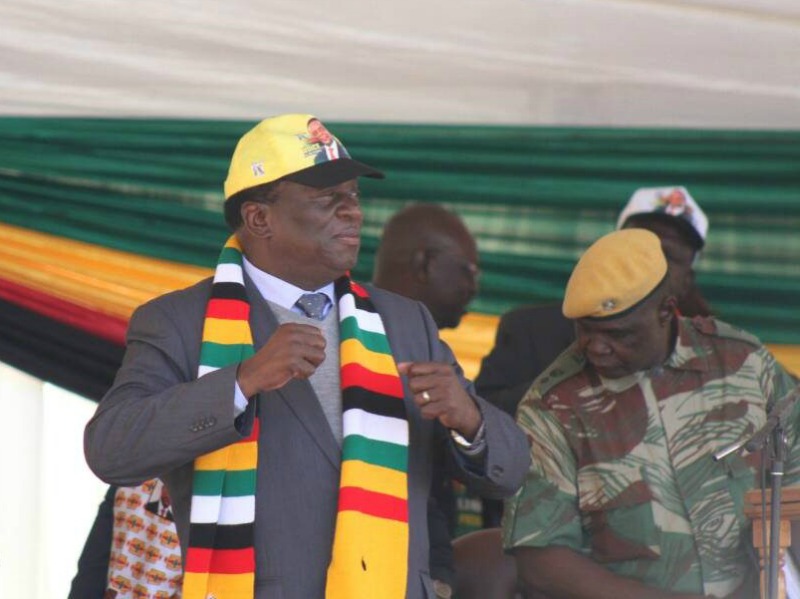 JOURNALISTS and some dignitaries were Thursday subjected to rigorous and humiliating body searches by President Emmerson Mnangagwa’s security as they arrived for the commissioning of housing and tomato projects in Bulawayo by the state leader.

Invited guests went through thorough and repetitive body searches at four different points as they made their way into the venue.

Searches started at the main gate where cars were thoroughly searched by security details who included police officers, state agents and armed soldiers.

After the first point of entry, the dignitaries were subjected to a second body search with journalists’ tools of trade such as cameras, laptops and voice recorders carefully inspected.

Dignitaries wearing hats were also asked to take them off.

The third searching point which enabled guests to access the tightly barricaded VVIP area was the most gruelling one.

Journalists were asked to produce their press cards and national identity cards. They were also thoroughly searched notwithstanding that they had been subjected to similar searches moments before.

When everybody thought they were done with the exhaustive combs, security details with dogs and other sophisticated explosive devices followed journalists into their tent and demanded to scrutinise their equipment again.

One of the security details who appeared to be a specialist in recording gadgets instructed every journalist to hand over their equipment while an Air Force of Zimbabwe detection dog was allowed to sniff at the explosives.

While Mnangagwa was delivering his speech, his security details stood up at attention as per tradition but what caught the guests’ attention were four of them who were strangely carrying briefcases whose contents were only left to speculation.

While all this was happening, two camera drones hovered above the venue.

There were also surveillance cameras dotted around the venue while countless security personnel patrolled the area.

Several security details were also deployed inside some tents where they harassed journalists who were doing their work.

One of the journalists who attended the event described the security routines as both primitive and an infringement on the rights of the press.

“It is very unfortunate that journalists have to go through such extreme security checks and such kind of treatment,” she said.

“One would expect that if they have their accreditation cards and comply with security measures, they will be directed to the right spot but it is not fair for journalists to be harassed persistently and even interrogated on where they intended to go, who they are.

“Equally frustrating is the fact that as trained journalists, this conduct inhibits us from doing our work professionally.”

While there was no explanation behind the close security measures, guests were left to conclude this was prompted by an assassination attempt on the President soon after addressing a campaign rally at Bulawayo’s White City Stadium June this year.

Two security aides were killed when an explosive detonated while dozens more, among them Vice President Kembo Mohadi and cabinet Minister Oppah Muchinguri-Kashiri were injured.

Speaking to journalists moments after the incident, Mnangagwa absolved the people of Bulawayo from any attempts to kill him, insisting this was the work of his enemies from Harare.