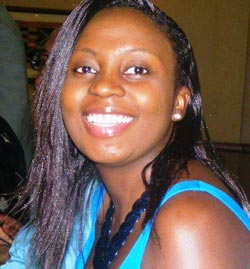 LATELY, I have been investigating the topical world of virtual currency within the realms of a digital economy. A difficult task, because I have deliberately tried to steer away from this cashless world for the simple reason that it is an ambiguous, fictitious and complex proposition.
Whereas, cash, chip and pin cards and some time, mobile money are seemingly more realistic and practical, if one is to think futurist, then maybe it is worth exploring this world. For oblivion is the greatest enemy of innovation.
The ability to use virtual currencies to facilitate commodity broking and various other transactions is the skeleton in the closet that many (consumers and businesses alike) would rather avoid. But given the rate at which the technological trajectory is shifting, in parallel with the downward spiral of global financial systems, it would be naive to put off the world of virtual currencies.
For example, let’s consider ‘Bitcoin’, the newly innovative decentralised, unblockable and unregulated digital form of money that circumvents the banking system. It has no cumbersome legal bearing system and now worth over US$1 billion in market value and worth over 20 exchanges in the world. An entirely independent form of money that is not tied to debt and taxes, today, one can buy specific merchandise on the web facilitated by specific ‘Bitcoin’ merchants.
Amazon, the highly profitable e-commerce giant has recently announced plans to issue its own virtual ‘Amazon coin’ currency this coming May, a signal of trends to come. While pessimists might argue that virtual currencies won’t become the global standard any time soon, let’s remember there is no preordained outcome within a digital economy and surprises are the norm. On the contrary, digital disruption gives us an idea of how money can develop in future.
There is no doubt that most emerging technology innovations appear fictitious and lack in concrete definition, nonetheless, it is important to put into perspective the fact that such nascent innovations can be used as a baseline for inspired learning and creativity.  After all, early days in an emerging market mean that a lot of experimental propositions are rolled out before the industry gets comfortable with a definitive standard.Advertisement

The cashless world and perhaps that of virtual currencies is set to be an even bigger opportunity than mobile money, as long as it provides unique and relevant benefits. It might be a viable option to address our current challenges with the global financial system, which has proved to be less trustworthy by the day, from the recent economic collapse in countries such as Greece and Cyprus to the sanctions-strapped economy of Zimbabwe.
Disruptive innovation in financial services could be the game changer. Value propositions such as PayPal, M-PESA and EcoCash which are turning over multi-millions have already set path on this journey, although the application of mobile money is still associated with real currency and are yet to attain cross border replication with inter-treasury integration.
Imagine a case where Zimbabwe might choose to abandon dollarisation (just as it did its own currency) for a sovereignly-virtual one, albeit decentralised and guaranteed by the country’s bountiful natural resources, just as real money today is backed by gold. If this virtual currency were to be accepted by world-wide merchants, or even locally to start with, it doesn’t get more ‘Bitcoins’ than this. It doesn’t surprise me that the world is already speculating such a possibility.
Or consider a situation where specific merchants might start to issue their own trustworthy virtual currencies for the purchase of commodities at virtual or physical shops. The possibilities at our disposal through innovation are plenteous, unimaginable and are a springboard of hope, especially for economies on the mend. The challenge for business and government alike is to define where technology priority and business priority align to provide relevance for diverse consumer needs.
That said, sooner rather than later, ambiguity and uncertainty that comes with any disruptive financial services innovation, be it on web or mobile, ought to go through speedy process improvement. To shed experiential light, just last week, I stumbled upon my ‘Bitcoin’ moment during a very routine operation of transferring funds from one account to another using my Natwest banking app.
The nature of my banking app is such that one has to horizontally scroll through to the account of choice in order to make a transfer from the primary funds account into the payee account. Like ‘Bitcoin’, once you have hit that transfer button there’s no turning back. Sadly, it wasn’t long before I discovered that funds transferred weren’t showing up in the payee account. Typical user error of having mistakenly selected the wrong account, thankfully, it was my own subsidiary account with the same bank, hence a quick retransfer was possible.
Natwest is to blame in this instance. My mobile wallet could do with a better design job, by using a simple message alert, which asks for confirmation on whether or not one has selected the correct account. Surely, this would mitigate risks such as accidentally transferring funds to wrong payee or overdraft accounts.
There is no doubt that cash is now faced with many alternatives. Nonetheless, concerns such as security, usability and relevance must be matters at the tip of solutions channelled by service providers. Otherwise, technological evolution and all of its disruptive potential may fail to garner network effect beyond localised levels.
Players that are sure to win are those that simplify, define their organic and inorganic boundaries, and lead in value creation by co-constructing the market through an open ecosystem to deliver globally competitive and problem solving solutions.
Natalie Paida Jabangwe holds an MBA from the Imperial College London’s Business School. She recently developed NCR Corporation’s digital strategy and is an innovator of mobile wallet value proposition. Email: njabangwemorris@gmail.com