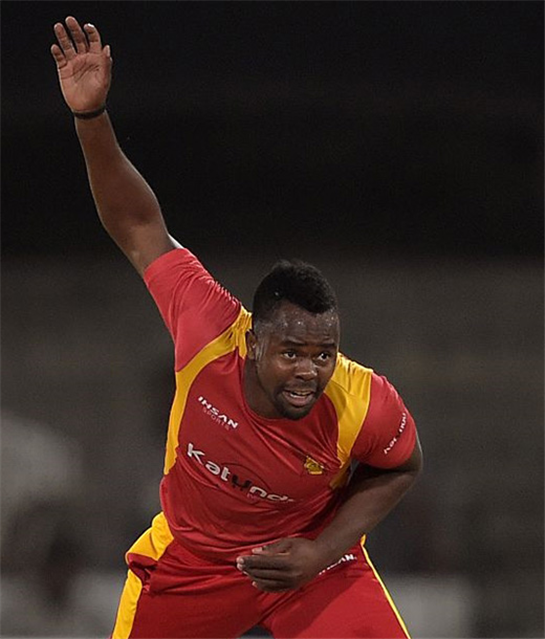 ZIMBABWE left-arm seamer Brian Vitori has been allowed to bowl in international cricket again after his bowling action, following remedial work and reassessment, was found to be legal.
Vitori had been reported for a suspect action in January 2016 and had been suspended for an illegal bowling action a month later.
Vitori had been reported following a T20 against Bangladesh in Khulna nearly two years ago in which he conceded 45 runs in four overs. He then underwent assessment in Chennai, where all variations of his deliveries exceeded the 15-degree level of tolerance permitted under ICC’s regulations.
Vitori has played domestic matches for Tuskers in Zimbabwe since then, most recently in a first-class match in December 2017. Overall, the 27-year old has played four Tests, 20 ODIs and 11 T20Is for Zimbabwe after making his international debut in August 2011.Advertisement