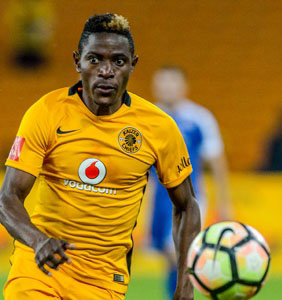 VOLKSWAGEN Chief Executive Martin Winterkorn resigned on Wednesday, succumbing to pressure for change at the German carmaker, which is reeling from the admission that it deceived U.S. regulators about how much its diesel cars pollute.
“Volkswagen needs a fresh start – also in terms of personnel. I am clearing the way for this fresh start with my resignation,” Winterkorn said, following a marathon meeting with the executive committee of the VW board.
The world’s biggest carmaker by sales has admitted to U.S. regulators that it programmed its cars to detect when they were being tested and alter the running of their diesel engines to conceal their true emissions.
Volkswagen did not name a successor, but said proposals on management appointments would be made to a full board meeting on Friday.
Porsche chief Matthias Mueller, Audi chief Rupert Stadler and the head of the VW brand, Herbert Diess, are seen as the front-runners to replace Winterkorn, three people familiar with the matter said.
Mueller is seen as the favourite among the three due to his years of experience within the group, two of the people said.
Mueller, a former head product strategist, is also a management board member of Porsche SE and so close to the Piech-Porsche family that controls Volkswagen.
Winterkorn, who during his eight years in charge oversaw a doubling in Volkswagen’s sales and an almost tripling in profit, said he was shocked that misconduct on such a massive scale had been possible at the company.
The carmaker was under huge pressure to take decisive action, with its shares down more than 30 percent in value since the crisis broke.
German Chancellor Angela Merkel had urged Volkswagen to move “as quickly as possible” to restore confidence in a company held up for generations as a paragon of German engineering prowess.
The U.S. Environmental Protection Agency (EPA) said on Friday Volkswagen could face penalties of up to $18 billion.
Since then the crisis has snowballed, with the U.S. Justice Department launching a criminal inquiry, according to a source familiar with the matter. European and Asian countries as well as Canada have also said they are investigating the matter.
Senior members of Volkswagen’s board said in a statement they expected more heads to roll as an internal investigation seeks to identify who was responsible for the wrongdoing.Advertisement

German Economy Minister Sigmar Gabriel said Winterkorn was taking responsibility for decisions made when he was at the helm of Audi, rather than Volkswagen.