Vice President and Health Minister Constantino Chiwenga has become the first top government official to be injected with the Chinese made Sinopharm Covid-19 vaccine.

He is not new to Chinese medicine. 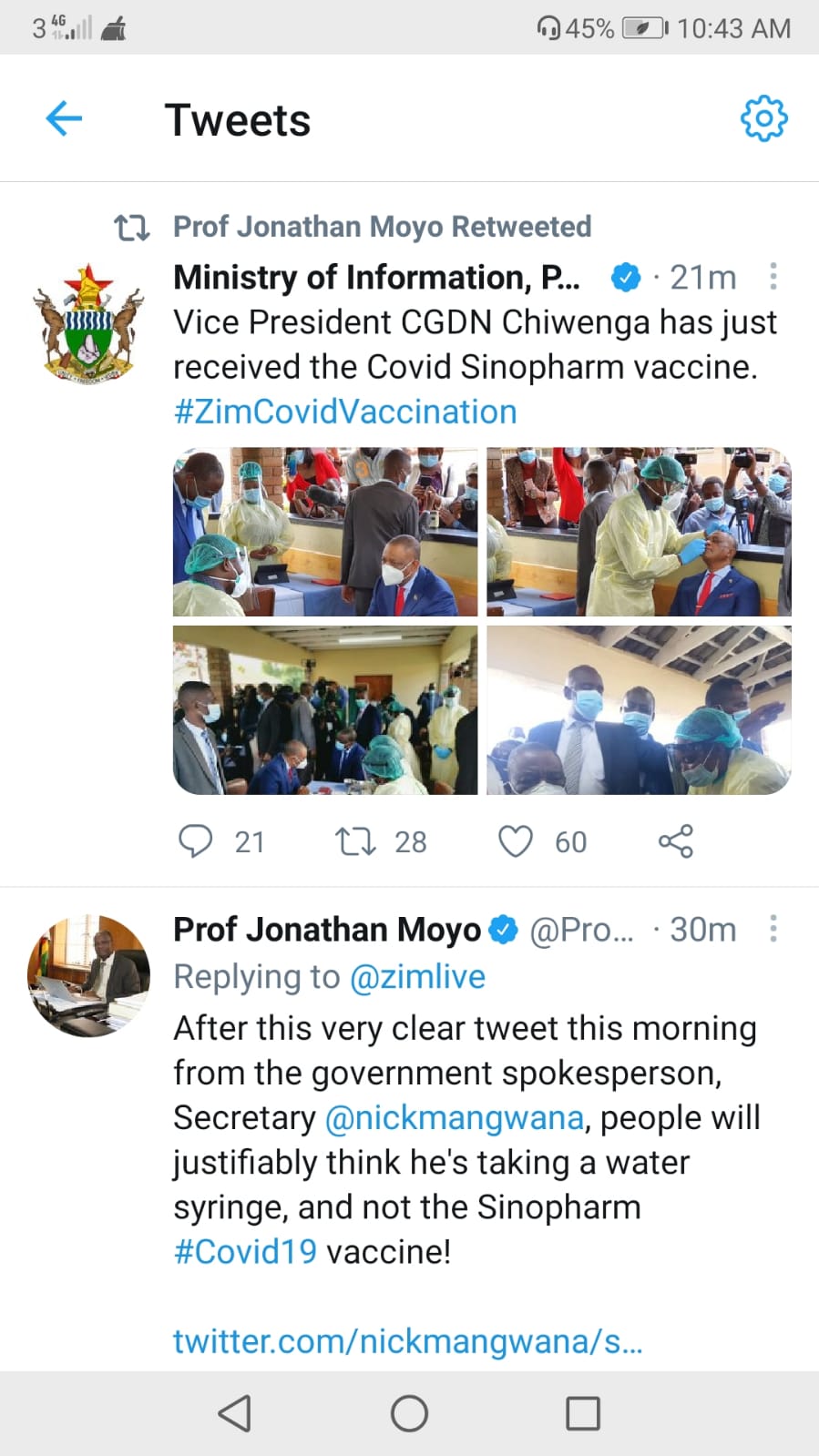 This comes after the country this week took delivery of 200 000 shots of the Sinopharm vaccine from China to trigger an historic inoculation process that would see at least 60 percent of the national population being vaccinated.

His astounding recovery from a visibly bad health state was hailed by President Emmerson Mnangagwa and brought a refreshing narrative to the Chinese health delivery system.

The top government official’s volunteering to be injected with the Chinese jab would also come as a confidence booster to some locals who have remained sceptical of a vaccine that has relatively less efficacy compared to those invented in Europe.