VICE President, Kembo Mohadi was reportedly left nursing wounds after he was bashed over an extra-marital affair on Valentines Day.

This comes after Mohadi’s messages to the married woman he was pursuing were discovered by her husband identified as Jacob, who then paid him a not so harmonious ‘visit’ at his Glen Lorne residence in Harare.

The lady in question was identified as one Abigail Mumpande, a Central Intelligence Officer who works in the VP’s office.

According to sources quoted in a local newspaper, the Vice President was left injured following the confrontation when another woman he is romantically involved with bashed his forehead after learning about the alleged affair.

“I called to say I love you and I will not change my mind,” he says in Ndebele. 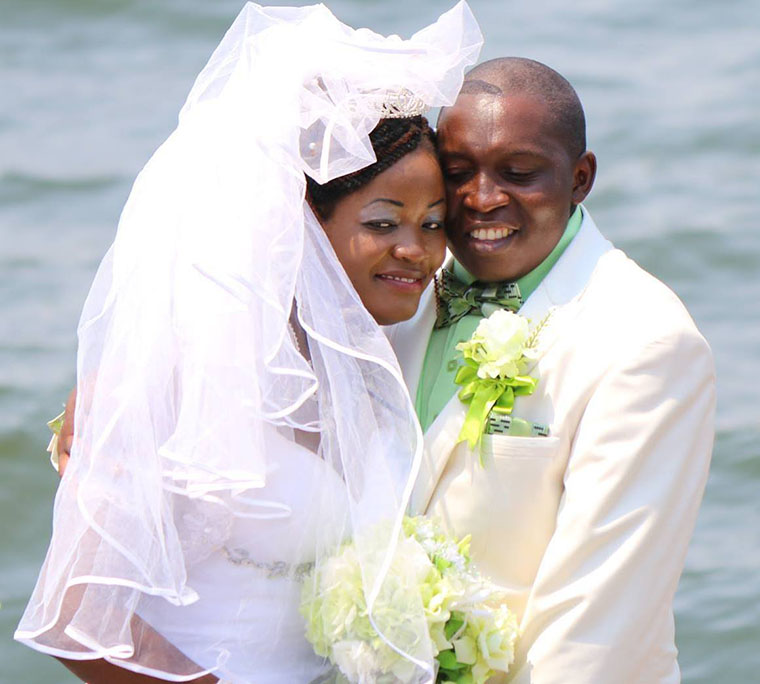 Jacob Mumpande and his wife Abbigal after their marriage in 2014

The sources further alleged that Jacob had demanded that his wife who was weeping through out the ordeal be transferred from Mohadi’s office to which he complied.

His permanent secretary, Paul Damasane however dismissed the allegations claiming that Mohadi had attended his Monday morning briefing and nothing on Mumpande had come up.

Mohadi, who is no stranger to relationship scandals, once made headlines after threatening his estranged wife, Tambudzayi with an axe over the couple’s property.