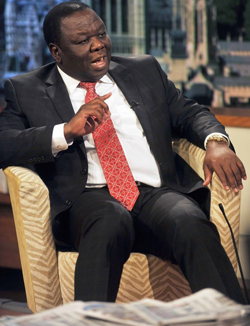 POLITICS is all about freedom, democratisation, justice, emancipation, happiness, equity and equality; and generally it is held that at the center of achieving all this is power.
As such, in politics there are three main ways of attaining power, namely conquest, entitlement, or election.
Conquest is force; entitlement includes royalty, tradition and any such monarchical privileges, while elections provide us the right to choose who should hold the power to rule us.
Power in the wrong hands can be disastrous, and the greatest challenge at the doorstep of any head of state is to find trustworthy hands in which to place vested power for the day to day running of any given nation. It is not any easier for President Robert Mugabe.
Power needs great character behind it for it to benefit its subjects. It is scandalous when small men and women happen to sit in massive chairs of power. Revolutions have in the past been derailed just because of the small-man mentality.
We have, in the past, seen in our country noble causes collapsing, and mediocrity being triumphant, just because we allowed great visions to be presided over by shortsighted selfish dwarf characters solely propelled by ego and unquenchable ambition.
The way the Zimbabwean revolution has been shaping since the historic launch of land reforms in 2000s does not speak of a leadership manned by revolution makers, and we cannot be as optimistic as to be stupid, if only to please ourselves otherwise.
Zanu PF is the most impressive political party in Zimbabwe when it comes to outlining attractive political benchmarks, and one only needs to look at the party’s policies in regards to land tenure and resource ownership to see this point. Election winning promises has never been one of Zanu PF’s problem areas, and to see this one just needs to look at Election 2013.
The pursuit for power must be guided not only by the ambition of political competitors, but mainly by the greater principle of the collective benefit for all.
The role of the voter is not to ratify the ascendance of any political party to power, but to entrust people of honour with the power to pursue the quest for national happiness.
We are in 2015, a mere two years after our last election, and it is not encouraging that our politicians from across the political divide are talking more about Election 2018 than they are doing about current developmental issues.Advertisement