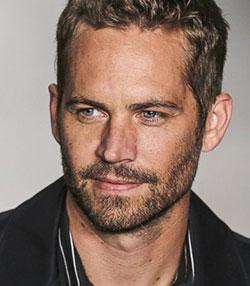 LATE “Fast and Furious” star Paul Walker’s brothers will stand in for him to complete the seventh movie in the blockbuster franchise, after the actor’s death, filmmakers said.
Walker had completed much of his part in filming “Fast and Furious 7” before he died in November aged 40, in a high-speed car crash in California.
His brothers Caleb and Cody will replace him to finish shooting for the film, due out next year. Walker played Brian O’Conner, an undercover federal agent.
“Our family experienced an unthinkable shock in November.
“We had to take time to grieve Paul, the brother we love and lost, and to figure out if we should move on with our film,” said a statement on the film’s Facebook page on Tuesday.
“We came together and all felt the only choice was to continue. We believe our fans want that, and we believe Paul would want that too.
“Paul had already shot his dramatic scenes and most of his action for FAST and FURIOUS 7, and it’s among the strongest work of his career.”
They added: “We have resumed shooting and now welcome Paul’s brothers, Caleb and Cody, into our ‘Fast’ family. Caleb and Cody are helping us complete some remaining action for their brother and fill in small gaps left in production.
“Having them on set has made us all feel that Paul is with us too.”
In January, coroners said the car carrying Walker and his friend Roger Rodas was doing over 100 miles (160 kilometers) per hour when it crashed in Santa Clarita, north of Los Angeles, where they had attended a charity event.
Rodas was driving at the time.
The first “Fast and Furious” movie appeared in 2001. The series, with its focus on fast cars, tough guys, sexy starlets and exotic locales, is one of Hollywood’s most successful global franchises.
After Walker’s death, studio giant Universal suspended filming, before delaying the release date for the film, originally scheduled for this summer.
The film is now due to be released on April 10, 2015 in the United States.
“We are just under a year away from the release of ‘Fast and Furious 7,’ and this film is the most important we’ve ever done together,” said the filmmakers.
“It will allow the character of Brian O’Conner to live on and let us celebrate Paul in his most defining role.”Advertisement