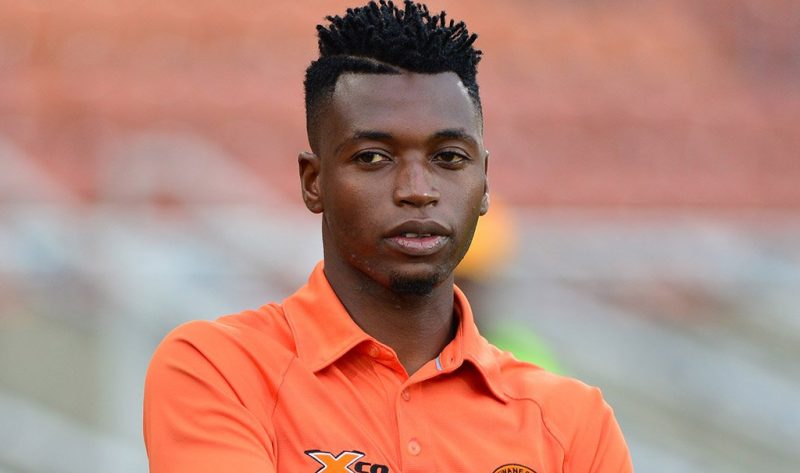 PROMISING midfielder Walter Musona has been handed a lifeline to revive his career after joining South African second-tier club Sekhukhune United ahead of the start of the 2020-2021 GladAfrica Championship later this month.

The 24-year-old young brother to Warriors captain Knowledge Musona has been club hunting after parting ways with Polokwane City, who were relegated from the South African Premiership.

The younger Musona had initially set his sights on a move to topflight club Baroka after training with the Limpopo outfit for most of last month as he looked poised to complete a deal.

The two parties were however unable to reach a deal, paving the way for the former Zimbabwe youth international to complete a move to Sekhukhune United.

“We have Musona … he has a good eye for goals. We believe he will help us with goals upfront,” the boss said.

Musona will link-up with fellow countryman Tapuwa Kapini who signed a one-year contract with the club this month. The club is also home to former Highlanders right back McClive Phiri who joined from the now-defunct Bidvest Wits.

Although he has not managed to reach the heights reached by his brother in South African football before moving to Europe, Walter did fairly well at Polokwane City.

He made 60 appearances and scored 11 goals at Polokwane City and will be hoping to continue scoring goals while also securing himself a permanent position in the starting line up.

The versatile ace who can play winger and striker has been in SA since 2017 when he moved from FC Platinum.

Musona’s new club Sekhukhune will make their debut in the GladAfrica Championship against Royal AM at Makhulong Stadium on Saturday, November 28, and will be hoping to make a strong statement under head coach Johnny Ferreira following his exploits with Uthongathi FC last season.