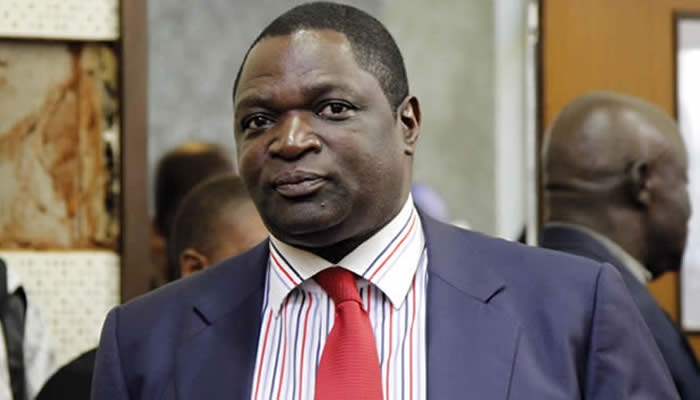 THE late former Zanu PF politburo member Tendai Savanhu’s widow, Tendai, is embroiled in a massive showdown with his former wife Sabina Mashayamombe over his estate.

The widow dragged Sabina her son Tatenda to the High Court on allegations of trying to disinherit her and her children.

Tendai is also suing her late husband’s lawyer Partson Matandadzi for conniving with Sabina and misrepresenting facts knowing that she was Savanhu’s only wife and surviving spouse.

Matandadzi is, according to court papers, the executor of Savanhu’s estate, also playing the role of paying off the family’s expense through Savanhu’s company, T and S Marketing.

She is seeking a declaratory that the corporate veil of the company be pierced as at the time of the death of her husband on January 31 this year so that no distinction is made between the two on the basis that the company was the alter ego of the late.

Tendai also wants Sabina, her son, the lawyer and the company to bear costs of suit.

According to Tendai’s declaration, the company was responsible for payment of all their expenses including fees, medication, farm expenses, wages and workers accommodation among other expenses.

She said Savanhu did not distinguish between his personal affairs and the affairs of his company.

The widow said they acquired the stand where they built their matrimonial home in 1999 before they built and completed the house two years later.

She said they moved in soon after completion and lived there for 20 years with their three children before her husband died.

According to the declaration, she is the one who was responsible for the designing of the house, monitoring of its construction and daily running of their family.

The stand was registered in T and S Marketing’s name.

“Accordingly, any decision which recognises the Glen Lorne home as an asset of T. and S should be set aside,” she said.

“Similarly, any decision which recognises Mashayamombe and any other person as having interests over the house should be set aside. Sabina, her son and Matandadzi are acting in common purpose to disinherit me and my children of our entitlement to inherit and benefit from my late husband’s estate which is wrong and unlawful,” she said.

“Following her divorce, Sabina ceases to have any interests in T and S Marketing and was removed as one of the directors of the company. She never attended or took part in any shareholders meetings,” she argued.