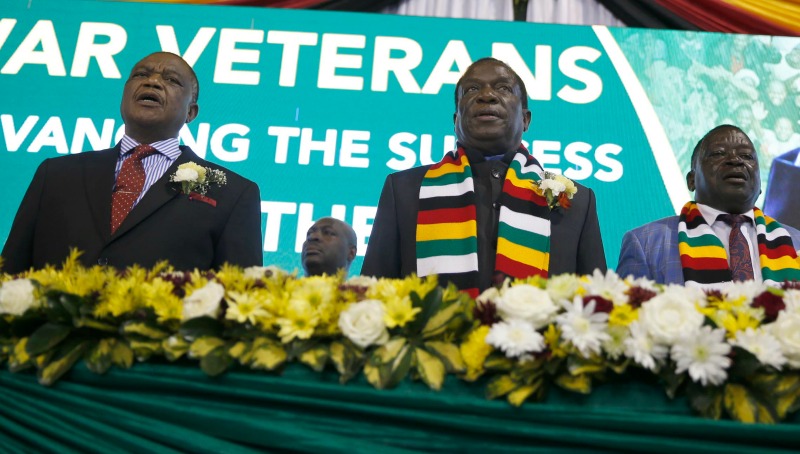 MEMBERS of the Zimbabwe National Liberation War Veterans Association (ZNLWVA) said the government must allow them to import their personal vehicles duty free as part of a thank you for the time they spent in the war of liberation.

The liberation fighters have also, among their demands, asked to be exempted from paying Zinara manned toll gate fees throughout the country and that they must be allowed to park for free in the CBD in all urban centres.

The war veterans are currently being paid a monthly pension of $206.00 per which they also said must be raised to the poverty datum line levels.

In 1997, the war veterans got a lump sum of $50 000 gratuity each which cost the country over $17 billion and led to the collapse of the economy.

Speaking at their first interface meeting with President Emmerson Mnanagwa since he took over from former president Robert Mugabe as their patron, the war veterans Harare provincial chairperson Masireya said their standard of living has deteriorated.

The meeting was attended by representatives from the country’s ten province under the theme ‘War Veterans-Advancing the Success of The New Dispensation.’

“Our pension of $206 per month is below the poverty datum line and it has to be reviewed as a matter of urgency,” said Masireya.

Masireya added, “As war veterans we also want the ruling party to look at the issue of some members who have multiple farms that they acquired during the land reform programme and surrender them to the war veterans.”

Mashonaland Central ZNLWVA chairperson, Sam Parirenyatwa said the government must compare their lives with those from the SADC region.

“Our pension is a mockery if we look at what our colleagues from the neighbouring countries are getting,” he said.

Responding to the various issues raised by the liberation fighters President Emmerson Mnangagwa said he was shocked by some of the demands coming from people wallowing in poverty.

“I heard what you said and some issues are old and some are new,” he said.

“You said you are poor and wallowing in poverty but you have money to buy cars, and also some of you have cars and you do not want to pay toll gate fees,” said the president.

“But VP Chiwenga told me that no, not all are poor but some have better living conditions.”

“These are some of the issues that we will look at,” he added.