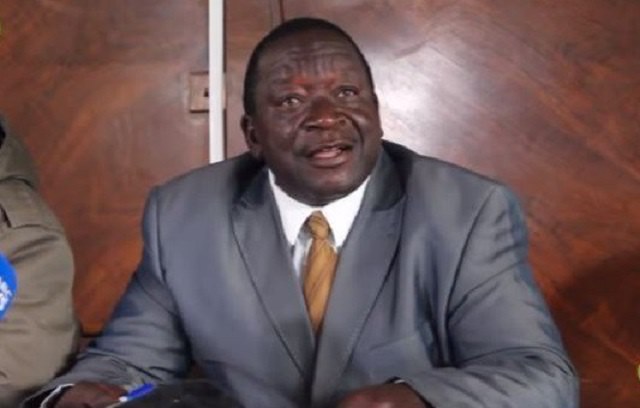 VETERANS of Zimbabwe’s liberation war who were at the forefront of terrorizing commercial farmers at the turn of the century have announced that they will soon be engaging local whites with a view making sure they are not left out in the development of the country.

Zimbabwe National Liberation War Veterans Association (ZNLWVA) secretary general Victor Matemadanda, in a statement Monday, said it is important that the white and coloured communities are not left out.

“The Zimbabwe National Liberation War Veterans Association is going to engage minority groups in Zimbabwe who have been marginalized or excluded in our political, social and economic systems.

“We are talking mainly about the whites, coloureds and those of Asian descent. We have decided that we must engage all races on the way forward in as far as how the country is to be managed,” Matemadanda said.

Under former President Robert Mugabe war veterans were used as storm troopers in violent election campaign as well as the chaotic land reform program in which over a dozen of white farmers were killed.

Many were forced out of the country into exile with Mugabe infamously urging his apparatchiks to “strike fear into the heart of the Whiteman” at the height of the land reform program meant to redress colonial imbalances but turned into a crude election gimmick by Zanu PF.

Matemadanda, in a recorded audio, said under the new dispensation, no Zimbabwean should be left out and the former freedom fighters will make sure the concerns of minority groups are heard and incorporated into the national agenda.

“We would want to hear them on the contribution they would want to make and also to make sure they are not left out on issues such as land reform.

“All the things that are being done to the black majority should be extended to all ethnic groups in the country. They are Zimbabweans and obviously have an interest in how the country is governed; we cannot afford to leave them out. So we would want to sit down with them and hear their wishes,” said the war veterans’ chief who also doubles up as Zanu PF politburo secretary for the former fighters.

While Mugabe declared no white farmer should own land in Zimbabwe, new President Emmerson Mnangagwa has slowly begun to accommodate some farmers from the old order as he seeks to turn around the country’s economic fortunes.

Zimbabwe’s economy is mainly anchored on agriculture and the land reform program that wrecked a once thriving sector is blamed for the country’s dark economic fortunes in the past two decades.

Mugabe’s policies which saw land expropriated without compensation are also blamed for his frosty relations with Western powers. However Mnangagwa has gone out of his way to reverse this, declaring Zimbabwe is ready to engage anyone including former colonial master Britain with whom his predecessor had angrily cut ties.