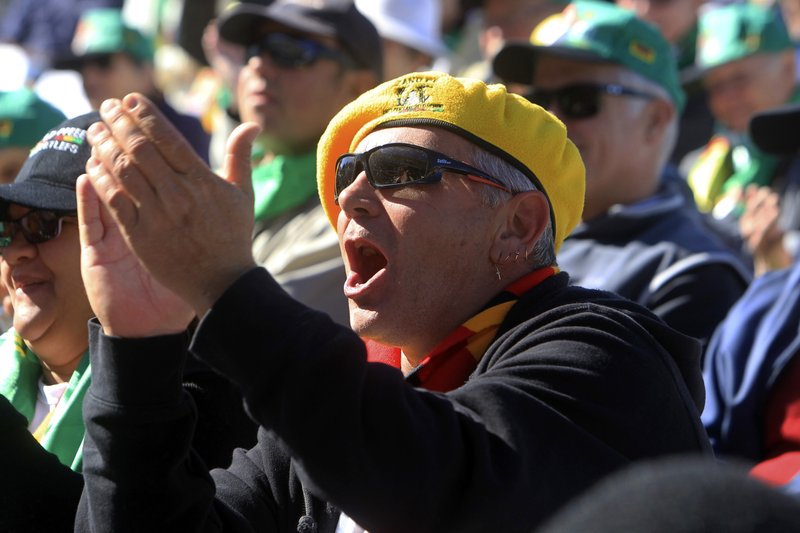 A WAR veterans group has taken President Emmerson Mnangagwa to court seeking the nullification of the recently signed US$3,5 billion deal by government and commercial white farmers who lost their land during the country’s violent land reform process in the past two decades.

They are seeking to interdict Mnangagwa from implementing the agreement touted as the legendary deal that will bring finality to the country’s longstanding land question.

Mnangagwa on July 29 this year approved the billion-dollar compensation deal arguing it would bring to finality the emotive land issue as envisaged by the country’s constitution.

In an application now before the High Court, the War Veterans Pressure Group have sued government over the deal.

Sigauke and his co-applicants argue that Mnangagwa’s administration rushed to address the grievances of “white settlers” at a time the former fighters were yet to receive full compensation for the contributions and losses incurred during the liberation struggle.

“Since independence in 1980, the indigenous black race of Zimbabwe has been making futile representations to the government demanding necessary arrangements for subsequent payment of compensations for the various sufferance occasioned upon them by and during direct rule of the occupying force, the white race, including the return of their land to them,” Sigauke submitted.

The applicants added: “In short, the government as both led by the late Robert Mugabe and (now) Emmerson Mnangagwa has not seemed bothered to address positively the issue of indigenous black race’s compensation for the ills they suffered as a direct consequence of government or its agents’ actions.”

He said they were shocked to learn that the government had reached the decision to compensate white former farmers.

“It was therefore with shock and dismay that the genuine progressive war veterans, in particular those newly resettled on former settler occupied farms, on July 29 received news that the government, through Masuka and Ncube had entered into an exclusive compensation deed.”

It is the applicants’ contention that the global compensation deed would negatively impact the development of Zimbabwe because it left out key stakeholders in the form of the majority. This, the veterans argue, is tantamount to discrimination which effectively contravenes the rule of law.

Sigauke added that the government’s actions were void and unlawful because the Constitution provided that compensation can only proceed through an Act of Parliament.