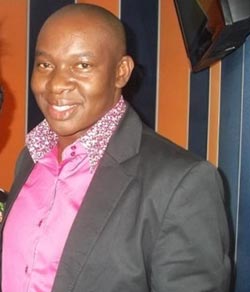 A WARRANT of arrest has been issued for the suspended StarFM DJ Tichafa Matambanadzo after he skipped court.
Matambanadzo, better known as Tich Mataz, was due before Harare magistrates on Tuesday for a routine remand hearing in his US$126,000 fraud trial but was a no-show.
A court orderly called Matambanadzo’s name three times but the DJ did not appear.

Elijah Makomo then issued a warrant arrest for Mataz, accused of swindling the radio station of advertising revenue.
Prosecutors allege Star FM was prejudiced of US$126,000 after Matambanadzo diverted advertising revenue to two private companies in which he is alleged to have had financial interests.
The court heard that Matambanadzo told clients that Star FM did not have the capacity to produce certain programmes and instead directed their business to the private companies – Hamtec and Onesay Investments.
It is alleged Matambanadzo – who is StarFM’s programmes manager – fraudulently created letters using Star FM stationary which purported to confirm that the two companies had been contracted by the radio station to advertise on its behalf.
The two firms subsequently handled advertising of several organisations, among them COPAC, the Zimbabwe Electoral Commission, the European Union, the American Embassy, Ster Kinekor and OK Zimbabwe.
State lawyer, Tungamirai Chakurira also said Matambanadzo entered barter deals on behalf of Star FM with Goldtech and Cellone Electronics which were given advertising airtime in exchange for electronic gadgets such as laptops and cellphones.
Matambanadzo allegedly received gadgets worth US$21,000 which were never passed on to the radio station.
Further allegations were that Matambanadzo arranged another deal on behalf of his employer where he acquired clothing items for members of staff from a company called Status Quo.
Under the deal, the court heard, Status Quo would provide eight designer suits as well as quality shirts and shoes in exchange for radio air time worth US$4,800 between December 2012 and January 2013.
The fraud is said to have been exposed during an internal audit.Advertisement