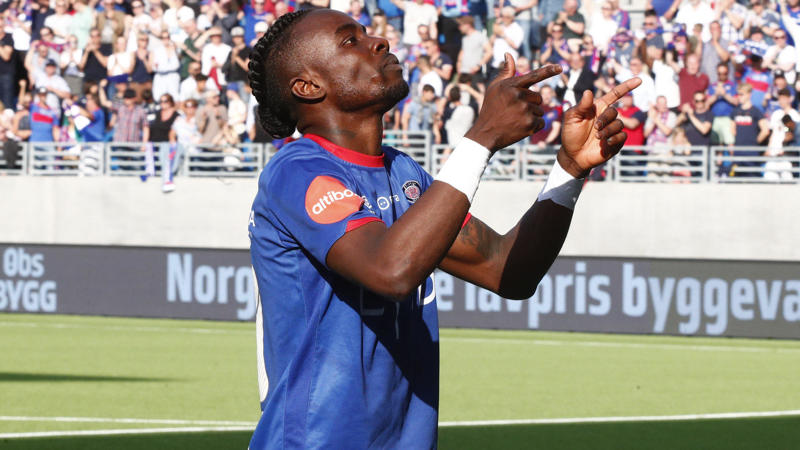 LIBERIA have been dealt a major blow ahead of their 2019 Africa Cup of Nations (Afcon) Group G qualifier against Zimbabwe after their Norway based star striker Sam Johnson was ruled out of the crucial match to be played at the Samuel Kanyon Doe Sports Complex in Monrovia on Sunday.

Johnson, who has been in top form for his Norwegian side Vålerenga was expected to spearhead Liberia’s attack during their crucial match against the Warriors as they seek to avenge the 3-0 defeat they suffered in the group’s opening qualifier at the National Sports Stadium last year.

However, according to reports from the West African nation, the 25 year-old experienced forward, who has previously played in Sweden is expected to miss the match after picking an injury while playing at his Norwegian league team Vålerenga.

“I am frustrated to be out of Sunday game because it is the most important game for us,” Johnson told the Liberia Football Association website.

“A win for us will strengthen our chances of qualification for the Nations Cup. I want to play at the Nations Cup and to do that we have to win but I am not part of what we started. They beat us away and now it is our time to beat them,” Johnson said.

Johnson has been a key player in the Liberia squad after playing a key role when the Lone Star held the Democratic Republic of Congo (DRC) 1-1 before posting a 2-1 win over Congo Brazzaville to resuscitate their campaign.

Though he is not going to be a part of the team to face Zimbabwe, Johnson is confident that his teammates secure a positive result at home. Liberia lost both their two away matches of the campaign to Zimbabwe and Congo Brazzaville, but has picked four points at home.

“The players are determined to fight to the end and get all three points. I believe in everyone and in the team’s ability so without me, we can still win,” Johnson added.

Zimbabwe will head into the upcoming match needing just a point to confirm their qualification for next year’s Afcon finals set for Cameroon in June next year.

The Warriors squad is expected to assemble in Monrovia on Thursday ahead of the game, having flown into the Liberian capital direct from their respective bases across the globe.

France-based striker Tino Kadewere was the only foreign-based player to come to Harare and will join the Warriors technical team, headed by Sunday Chidzambwa and two local based players Kevin Moyo and Rodwell Chinyengetere, who were expected to depart for the West Africa nation on Wednesday evening.

Zimbabwe top Group G with eight points, three clear of second placed DRC while Liberia and Congo Brazzaville have four each, with two round of matches left. Two teams from the group qualify to the Afcon finals.

The Warriors will welcome back captain Knowledge Musona, who missed the one-all draw against DRC due to suspension while Wales-based defender Alec Mudimu has also bounced having been suspended for the last encounter.