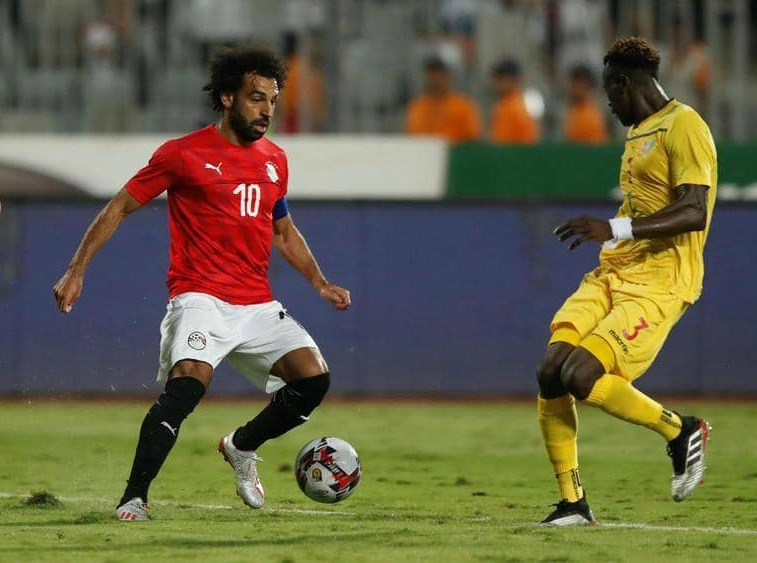 Mohamed Salah tries some trickery during the match
Spread This News

CAIRO: Zimbabwe got their 2019 Africa Cup of Nations campaign off to a losing start despite putting on a commendable performance in the opening match of the continental showpiece against hosts Egypt at the Cairo International Stadium on Friday night.

Midfielder Mahmouf Trezeguet scored the only goal of the entertaining match watched by a partisan capacity crowd to seal all three points for the hosts.

Despite coming short in the end, the Warriors however put on a solid show which certainly won them a few admirers after shutting out Liverpool star striker Mohamed Salah.

Zimbabwe had earlier got off to a nervy start with goalkeeper Edmore Sibanda forced into three sharp saves inside the first 10 minutes.

The Warriors however soon found their feet and proved a threat at the break following some mazy runs by Khama Billiat on the left flank while Marvellous Nakamba dictated proceedings in the middle of the park.

Skipper Knowledge Musona’s shot from outside the box was blocked while Billiat’s shot was also blocked after being quickly sent through.

All the hard work was however undone five minutes before the break when Trezeguet curled in a beautiful goal from the edge of the box to finish off a counter attack after Musona lost possession on the right flank.

The 24 year-old midfielder who plays for Turkish club Kasimpasa had the first real big chance of the second half after releasing another cracker with his right foot which forced Sibanda into making another brilliant save, diving full stretch to his left.

Sibanda was forced off late in the match after suffering a knee injury early in the second half.

His replacement Elvis Chipezeze pulled a fine save to deny Salah in the 85th minute.

Evans Rusike headed over a fine cross by fellow substitute Talent Chawapihwa later on as Egypt held on to collect all three points.