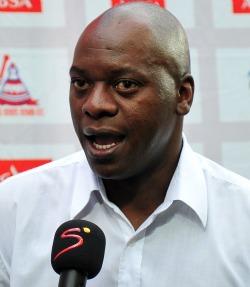 THE Warriors flew to South Africa on Monday as they step up preparations for the African Nations Cup (Chan) tournament which roars into life on Saturday.
The tournament, designed exclusively for home based players runs until February 1.
Ian Gorowa’s men will be making their third successive appearance at the tournament having taken part in the last two editions in Ivory Coast and Sudan.
But despite making it to the continental tourney since its inauguration the Warriors have not managed to go beyond the group stages of the tournament and will be hard-pressed to better their past performances by going as far as the final.
Zimbabwe, are in Group B where they will face Morocco, Burkina Faso and Uganda. The Warriors will get their campaign underway with what appears a tough match against the Atlas Lions of Morocco on Sunday.
All Group B matches would be played at Cape Town’s Athlone Stadium.
The Warriors will then face off Uganda four days later at 1700hrs, before concluding their group matches with a tie against Burkina Faso on January 20 at 1900hrs.
Ahead of the trip, the Warriors played a practice match against Dynamos at Gwanzura Stadium on Sunday morning, winning the game 2-0.
Gorowa’s men are on Tuesday expected to face off Gabon in a friendly match at the Rand Stadium as they fine tune ahead of the clash against Morocco. The Warriors will be based in Cape Town.
WARRIORS SQUAD
Goalkeepers: G Chigova, T Dube, M Diya.
Defenders: O Machapa, H Zvirekwi, A Mbara, M Ncube, F Chindungwe, T Ndlovu, E Chipeta, P Jaure.
Midfielders: M Mambare, T Muparati, D Phiri, P Manhanga, C Sibanda, K Mahachi, Ali Sadiki, P Moyo,
Strikers: S Sithole (How Mine), N Mazivisa, D Ngoma, S Sithole (Dynamos)Advertisement