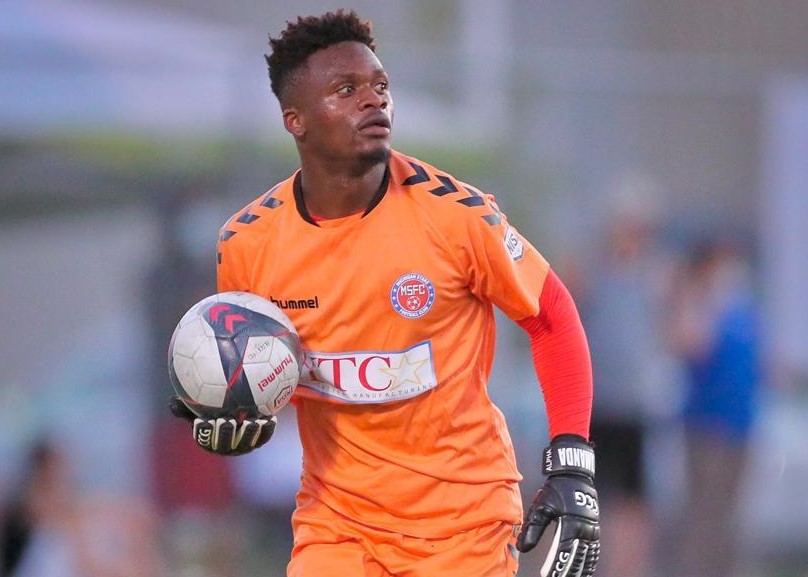 The 26-year-old former Dynamos player, who now features for Michigan Stars in the third tier of American soccer, challenged the ZIFA and Sports and Recreation Commission leaders to solve their differences which led to the country’s suspension by FIFA.

In a Facebook post on Thursday, the Michigan Stars goalminder described Zimbabwe’s suspension by FIFA as a ‘shame’.

“It’s very sad to (see) what’s happening to our beautiful game of football in Zimbabwe, the ban on all our national and local teams from participating in international football competitions is a shame.

“It’s high time that our leaders or parties involved sit down and resolve all these conflicts to save our football…,” Mkuruva said.

FIFA suspended Zimbabwe from international football after the Sports and Recreation Commission (SRC) suspended the Felton Kamambo ZIFA board in October last year in what FIFA deemed third-party interference.

The world governing body has since directed the SRC to reinstate the suspended board for the world football governing board to lift the suspension on Zimbabwe.

Mkuruva said the country’s continued suspension is having dire consequences on the careers of local footballers, robbing them of opportunities to further their careers.

“Football players are losing time, chances and all opportunities to be recognized internationally to further our careers,” he said.

“How do we expect as a nation to compete at the highest level of football when the talented young generation’s dreams are being shattered by things that can be easily solved? #Fixit  #saveourfootball #playersaresuffering.”

Mkuruva’s sentiments come after Zimbabwean teams were recently excluded from the CAF Champions League and Confederation Cup which get underway this weekend.

Zimbabwe was also booted out from the qualifiers for the 2023 Africa Cup of Nations, the African Nations Championships (Chan) and this year’s edition of the Cosafa Cup.

The regional and continental competitions have in the past acted as a springboard for local players to earn professional contracts in other countries where they receive better remuneration.