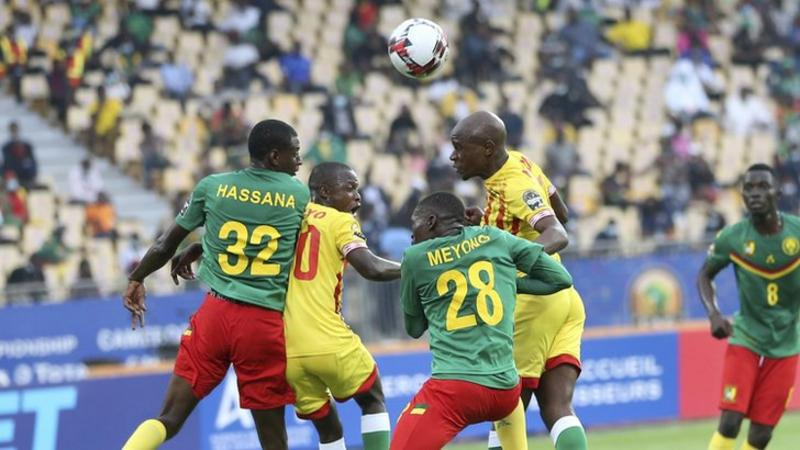 Zimbabwe lost to hosts Cameroon in the opening of the CHAN tournament Saturday.
Spread This News

ZIMBABWE put on a commendable defensive effort but it was not enough as they succumbed to a morale sapping defeat in their first Group A fixture of the 2020 African Nations Championships (CHAN) against hosts Cameroon this Saturday evening.

Although they struggled to create any meaningful chances the Warriors appeared to have done enough to frustrate the reduced 10 000 fans at the Ahmadou Ahidjo Stadium in Yaounde for long periods of the opening match of the tournament which was played in front of FIFA president Gianni Infantino, CAF’s new honorary president Issa Hayatou and Cameroon’s Prime Minister Joseph Dion Ngute.

In the end, the defensive tactics employed by coach Zdravko Logarusic did not yield the desired results as Salomon Banga Bindjeme struck an acrobatic winner in the 72nd minute after Warriors goalkeeper Ariel Sibanda failed to deal with a Serge Andoulo free kick into his box.

Before his error, Sibanda had kept Zimbabwe in the contest with a series of fine saves, although credit must go to the Warriors defensive quartet of Peter Mudhuwa, Talent Chamboko, Ian Nekati and Carlos Mavhurume.

The Warriors who were hamstrung by lack of adequate preparations due to the absence of a competitive league in Zimbabwe since November, 2019 struggled to create any meaningful chances with lone striker Wellington Taderera fighting a lone battle upfront.

Although the Warriors failed to hold on to what would have been a precious point, Logarusic’s side can take confidence as they prepare for further Group A encounters with Mali and Burkina Faso.