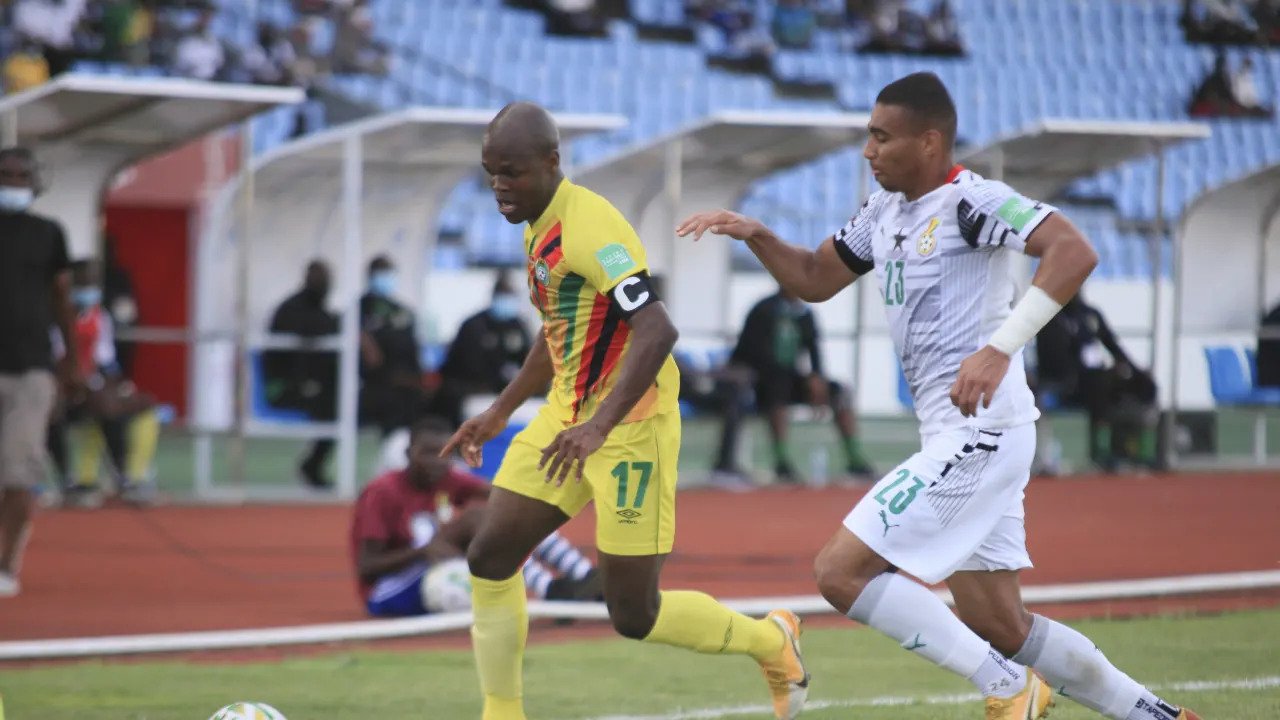 THE Warriors remain rooted at the bottom of Group G of the qualifiers for the Qatar 2022 FIFA World Cup after succumbing to a demoralising defeat to Ghana at the Cape Coast Stadium on Saturday.

The defeat means Zimbabwe are now six points behind group leaders South Africa, who beat Ethiopia 3-1 away in an earlier match while are second in the group on six points.

Despite the defeat, the Warriors, who were playing their first game under interim coach Norman Mapeza put on an improved performance and could have secured a rare away win if they had been more clinical in front of goal.

The Warriors were slow off the blocks and were on the back from the onset when midfielder Mohamed Kudus gave the hosts a fifth-minute lead.

Skipper Knowledge Musona drew Zimbabwe level from the penalty spot in the second half after Knox Mutizwa was fouled inside the box. However, Thomas Partey and skipper Andre Ayew scored later to seal a hard-fought victory for the hosts.

Zimbabwe, who needed a win to revive their hopes will however rue their jittery start which allowed Kudus to break the deadlock with a neat low finish inside the box after some quick change of passes.

In a dominant opening period for the hosts, the Ajax Amsterdam midfielder had another chance in the 19th minute with a shot from distance that flew straight to the keeper’s arms.

Kamal Deen Sulemana had the other close chance for Ghana with a shot that was deflected behind for a corner as the home side went to the break tails up by a goal.

After a nervy start to the match, Zimbabwe finished the match strongly with impressive left wing Jordan Zemura and Musona causing some anxious moments for the hosts.

Zimbabwe carried on the momentum early in the second half and were rewarded when Knox Mutizwa was fouled inside the box after receiving a brilliant pass from Zemura.

Musona stepped up to level matters four minutes in the second half.

The Warriors almost took the lead in the 53rd minute but Zemura saw his cracking shot denied by the crossbar while Musona’s well taken shot from a tight angle forced the Ghana goalkeeper into making a sharp save..

After surviving the onslaught, Ghana took their chances and went 2-1 up after 66 minutes when some individual effort from Partey saw him find space inside the box before shooting past the keeper.

They cemented the lead three minutes from time when Ayew headed home from the edge of the six-yard box off John Mensah’s cross.

The Warriors will now host Ghana in the reverse fixture at the National Sports Stadium on Tuesday hoping to salvage some lost pride as they are out of contention for a place in the final qualifying phase for a ticket to Qatar 2022.