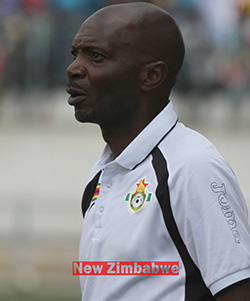 THE Warriors will resume Chan camp on Boxing Day, after disbanding training last week when Zifa had fired the technical team.
Zifa last Thursday relieved coach Callisto Pasuwa and his entire technical team under controversial circumstances, when the Warriors were in day three preparing for next month’s Chan tournament to be hosted by Rwanda.
Camp was called off and players went to their respective bases following the dismissal of the technical team.
This also led to the cancellation of an international friendly match against Cameroon which had been slated for 27 December.
After strong criticism from fans and Minister of Sport and Recreation Makhosini Hlongwane, Zifa made a mid-air somersault and reinstated Pasuwa two days later.
This was followed by an apology to Pasuwa and the entire football fraternity. But Pasuwa revealed that they will now regroup on Boxing Day and start training the following day.
“We lost some days of training and that means we have to work harder when we camp again. We wanted about four to five weeks with the players in camp but that will no longer happen,” Pasuwa said.
“I am happy to be back and I have no hard feelings. I am always ready to serve my country and that is why I am here.
“Yes we had some arguments here and there but that should help us come up with better solutions. Zifa have apologised and I have accepted their apology so we have to move on. I am happy with the support I got from fans as well.”
Zimbabwe would be making a fourth straight appearance at Chan and after finishing fourth best team at the last edition, this time around they are targeting goldAdvertisement