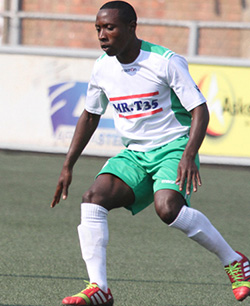 WARRIORS captain Hardlife Zvirekwi says the 1-0 defeat to Zambia in a Group D African Nations Championship opener on Tuesday has given them the steel needed prepare for the must win encounter against the Eagles of Mali on Saturday.
Zvirekwi said they were not losing hope insisting the defeat if anything has actually given them the strength ahead of the remaining two matches in their group.
“If anything, it the defeat has actually given us the hunger and energy to do better than we did against Zambia,” he said.
“Against Zambia it was a balanced match. I think it was fair but it’s unfortunate we lost. But we have to pick ourselves up. We shouldn’t lose hope because the group is still very much wide open.
“I think we have to work hard to force our way into the next stage. All the guys are pumped up for the next match and we hope to get a good result.”
The Warriors, who wasted plenty of opportunities to allow Zambia to secure victory through veteran forward Isaac Chansa, will be hoping that Zambia win their next two matches against Uganda and Mali while they do their part to win against Mali on Saturday and then draw against Uganda a development which will see them finishing second in their group behind Zambia.
That means their match against Mali on Saturday is a must win encounter if they entertain any hopes of progressing to the next stage of the tournament.
Zvirekwi who was handed the arm band by Pasuwa following the injury to skipper Danny Phiri who withdrew from camp however remains confident of qualification to the last eight.
Zimbabwe has made an appearance at every edition of the tournament since it was inaugurated in 2009. They reached the semi-finals in the previous campaign held in South Africa which remains their best achievement.Advertisement