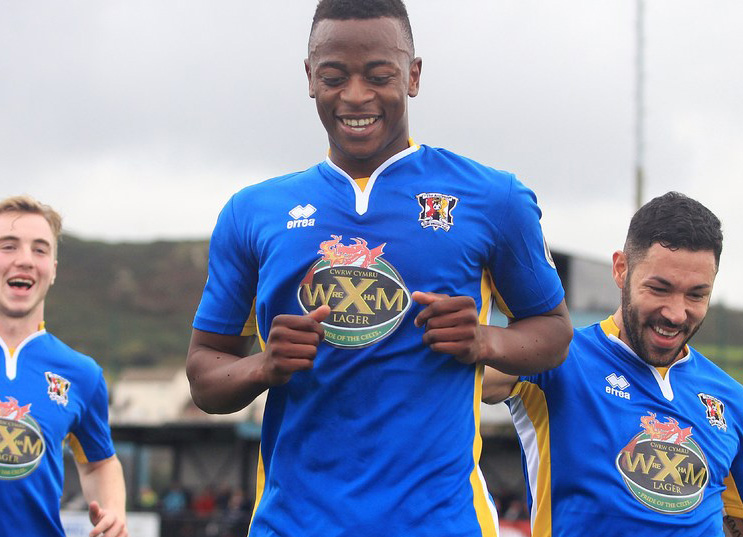 The 24 year-old versatile player who can also play in midfield will join his new club in January next year, bringing an end to his two-year stint with Cefn Druids, who are one of the top teams in the Welsh Premier League.

Mudimu yesterday paid tribute to the Welsh club for playing an important role in his development.

“Words can’t really describe the roller-coaster of emotions I’ve shared with this special group of players and the objects we’ve managed to overcome,” he said.

He went on to thank Cefn Druids coach, Huw Griffith for assisting in improving his football career.

“I want to thank Huw Griffith and the club’s technical team for always working with me tirelessly to ensure I improved and also Does Williams for making sure everything was always right and working hard to the best of my time at Cefn Druids FC,” Mudimu said.

“I’ve loved every moment of playing for the club and wish more successful times to come in the near and distant future for everyone involved at the club. It’s been an honour to have been part of a group of players to make history to play in Europe. Thank you to all the fans that ever supported. It’s been an amazing journey and I’m truly honoured to have been a part of it all.

Mudimu, who was born in Harare before relocating to England at the age of six, began his youth football with Sheffield Wednesday before slipping into the lower ranks of the English non-league with Northwich Victoria and Stalybridge Celtic.

Discovered by the Druids scouting network, Mudimu joined “The Ancients” as the club is affectionately known and helped the side achieve their best placing in the Welsh Premier League.

Mudimu’s performances in Wales also earned him a call up to the Warriors where he has since earned 18 caps with the highlight of his international career coming early this year when he featured for Zimbabwe at the Africa Cup of Nations finals in Egypt.

His move to the Moldovan national champions, Sheriff Tiraspol will see him making the leap from the Welsh topflight to a team playing in the Uefa Champions League and he’s the first player to ever do so from any Welsh team.

Sheriff Tiraspol have won their league each season since the year 2000 and invest in talented players from Eastern Europe and South America.

Druids chairman John Hughes was also full of praises for Mudimu.
“Alec has been a wonderful person both on and off the field and this opportunity is a huge move for him and his family and we wish him all the very best for the future” said Hughes.

“Druids fans in Wales and Zimbabwe will back Mudimu to succeed in his new venture. Whatever happens, he can be proud to have been a Warrior, a Druid and now a Sheriff,” he said.