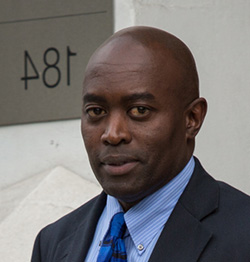 WARRIORS defender Costa Nhamoinesu is set to play in the Uefa Champions League next season after his Czech Republic side were crowned champions on Sunday.
Nhamoinesu’s side Sparta Praha won the league title after their closest rivals Viktoria Plzeň settled for a 2-2 draw with FK Jablonec.
Sparta Praha have a nine-point lead with three matches left before the end of the campaign, but are still guaranteed the championship as they have a better head-to-head record against Viktoria Plzen this season.
Nhamoinesu becomes the fourth Zimbabwean to play in Europe’s elite club football competition after Bruce Grobbelaar who won it with English giants Liverpool in 1984.
Norman Mapeza and Benjani Mwaruwari have also played in Europe’s elite club competition.
Sparta will get their campaign rolling in the Uefa Champions League campaign at the second qualifying round stage.
The Prague side is famed for producing an array of stars including Chelsea’s Petr Cech, Juventus legend Pavel Nedved and Arsenal’s Tomáš Rosický among others.
Nhamoinesu’s team had squandered the opportunity to wrap up the title on Saturday when they lost 3-1 to Teplice, which was their first defeat since the start of the campaign.
The Zimbabwean, 28, had started and finished the 24 games before he picked a shoulder injury which has seen him missing the team’s last five matches.
Advertisement