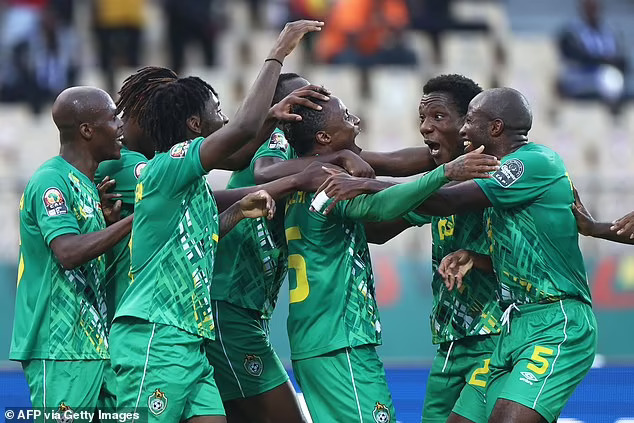 THE Warriors ended their forgettable Africa Cup of Nations (AFCON) campaign on a high note after salvaging some lost pride with a shock victory over Guinea in their final Group B encounter at the Stade Ahmadou Ahidjo in Yaounde, Cameroon Tuesday.

Zimbabwe went into the match knowing that their presence at the tournament was over, thanks to disappointing defeats against Senegal (1-0) and Malawi (2-0) in their opening two group matches.

As such, with Guinea and Senegal on four points and Malawi, who defeated the Warriors, on three, there was no possibility of finishing above fourth place.

However, that did not prevent the Norman Mapeza-coached side from storming to a 2-0 lead in the second half, with captain Knowledge Musona nodding home at a corner before Kudakwashe Mahachi struck shortly before the break.

A second-half onslaught from Guinea saw Liverpool’s Naby Keita pull one back with a screamer from outside the box, but the Warriors held on to record a first win at the tournament since the 2006 Afcon finals.

Senegal finished top of the group after a goalless draw against Malawi in Bafoussam. Malawi were level with Guinea on four points, but Guinea finished second on their head-to-head count-out.

The Warriors will reflect on a missed opportunity to progress to the knockout stages for the first time after squandering an opportunity to collect a point against Senegal before succumbing to a shock loss against Malawi, who they have always dominated in the past.