THE Zimbabwe Warriors will face hosts Egypt in the opening match of the 2019 Africa Cup of Nations on June 21 according to the draw of the continental showpiece held next to the pyramids in Cairo, Egypt on Friday night.

Zimbabwe, who will be aiming to progress from the group stages for the first time in the country’s history, were drawn in Group A alongside hosts Egypt, Uganda and Democratic Congo.

The draw means the Warriors will book another date with DR Congo, who they beat away before sharing the spoils at home during the qualification phase of the competition.

Defending champions Cameroon are in Group F with Ghana, Benin and Guinea-Bissau while neighbours South Africa have been drawn in Group D alongside Morocco, Ivory Coast and Namibia.

For the first time, 24 countries will be competing at arguably the best footballing fiesta on the African continent.

Cameroon are defending champions, having triumphed during the last event hosted by Gabon in 2017.

Egypt will use six stadia to host this biennial championship. 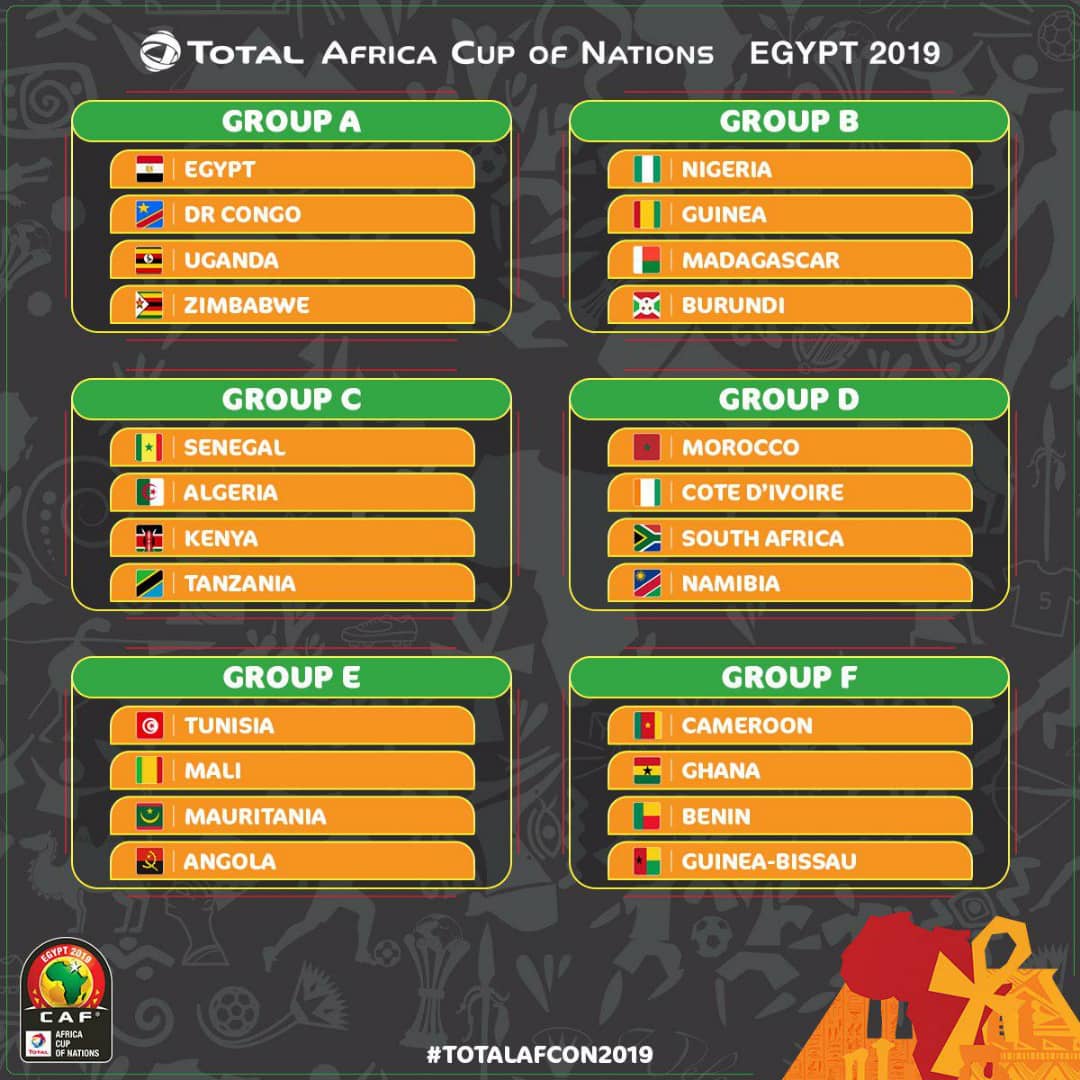