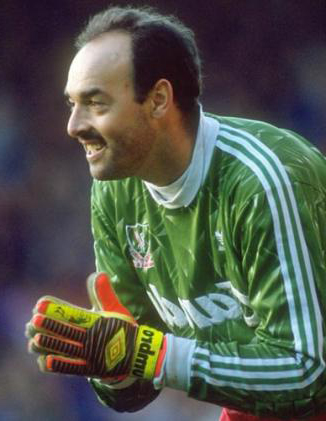 MANUEL Neuer has been credited with re-defining the role of a goalkeeper in the modern game.  Neuer has been described as a “sweeper-keeper” because of his unique playing style.
However, this style of goalkeeping has been seen before, many years ago in England.
Bruce Grobbelaar was signed on loan by Crewe Alexandra in December 1979.  During his time at Crewe he played 24 league games, in his last game he gave his best performance whilst being watched by Liverpool’s lead scout Tom Saunders.
Grobbelaar signed for Liverpool for £250,000 on 17th March 1981 as their reserve goalkeeper, but in the summer of 1981, regular goalkeeper Ray Clemence moved to Tottenham.
This was Grobbelaar’s opportunity. His early days as Number 1 were strewn with errors, and Liverpool struggled to obtain any consistency. Grobbelaar was taking the blame.
His eccentric style of goalkeeping had not been seen in England before.
Grobbelaar was rushing of his line to meet on-rushing forwards, he was using skill on the ball to out-fox the opposition. No crossed ball in the box was safe from him.  Grobbelaar would try to claim everything.
Whilst supporters and pundits were agog at Bruce’s antics in the early 1980’s, this style of goalkeeping is commonplace. You can see the similarities in Grobbelaar’s play to that of the 3rd best footballer on the planet, Manuel Neuer.

Mutual respect … Schmeichel and Grobbelaar in 1992