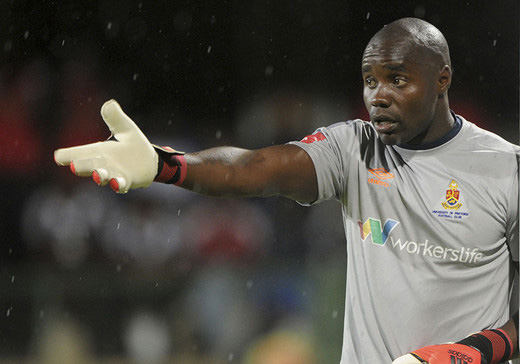 ZIMBABWE international goalkeeper Washington Arubi made history in South Africa at the weekend as he became the first player to play a 100 topflight games for University of Pretoria.
Arubi whose howler in an African Cup of Nations qualifier against Guinea last month cost the Warriors maximum points after they were held to a 1-1 draw by the west Africans topped up a century of appearances for Tuks at the weekend and now stands as the only player with a triple-figure number of starts for the club during its short history in the PSL.
The 30-year-old joined Tuks in their first season in the PSL at the start of the 2012-13 season and has only ever missed just three of the 103 official games that the varsity club has played as a top league club, making the first choice jersey his personal property.
Arubi told Kick Off he was delighted to know he has reached such a milestone.
“I feel honoured to hear about having reached such a milestone,” he said.
“As a foreign player, you are here to work towards playing week in week out plus for me I am the kind of keeper who doesn’t only rely on the training that we get at the club.
“I also have extra sessions because my aim is always to stay ahead. From the day I signed for Tuks my target has always been to perform consistently.”
“Knowing how to stay disciplined in this environment has also played a part for me,” Arubi added.
The former Dynamos shot stopper recently extended his contract for another three years – just reward for a man that has served the club with distinction.