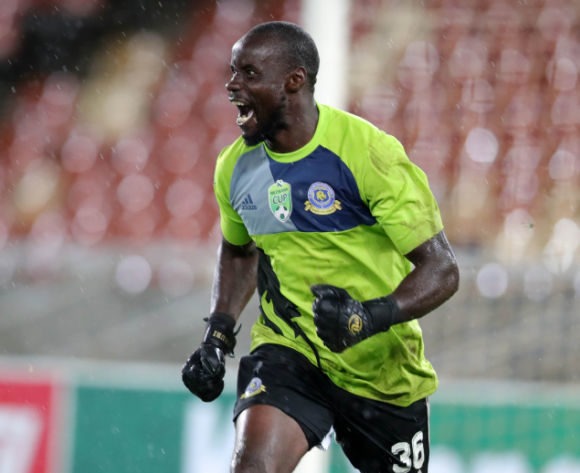 VETERAN Zimbabwean goalkeeper Washington Arubi has been rewarded for his memorable comeback season in the South Africa’s top flight league being nominated for the Nedbank Cup Player of the tournament.

The awards will take place on June 6 and will be broadcast live on the SuperSport PSL channel (202) and SABC.

Arubi will battle it out for the top award with his TTM team-mate Ndabayithethwa Ndlondlo and Sundowns’ Peter Shalulile.

However the Zimbabwean is the strong favourite to clinch the prestigious award after putting on some stunning individual performances during this season’s Nedbank Cup tournament with four clean sheets from five games.

Arubi also kept a clean sheet in the final which TTM beat Chippa 1-0 to clinch the coveted to their first silverware while he also heroically saved vital spot kicks in two games, during two penalty shootout victories against Swallows and Mamelodi Sundowns.

The Zimbabwean shot stopper’s memorable run for TTM in the Nedbank started when his side beat his former club Supersport United, 1-0 in the Round of 32.

Arubi would go on to concede for the first time in the last 16 when TTM drew 2-2 with Swallows, but he went on to deliver victory for his side when he saved two spot kicks in the shootout, to set up a 4-3 win for his club.

Arubi kept another clean sheet, in the 2-0 win over Black Leopards, in the quarter-finals before almost singlehandedly delivering victory for his team against Sundowns in the semifinals with a string of top drawer saves.

After making seven brilliant saves in regulation time, Arubi made another brilliant save to deny Hlompho Kekana in the penalty shootout as TTM secured a shock 6-5 victory.

Boosted by the win against the favourites, TTM went all the way to secure the Nedbank Cup as Arubi kept another clean sheet in the final against Chippa United.

TTM pocketed the winners’ cheque of US$500 000 and a spot in next season’s CAF Confederation Cup.