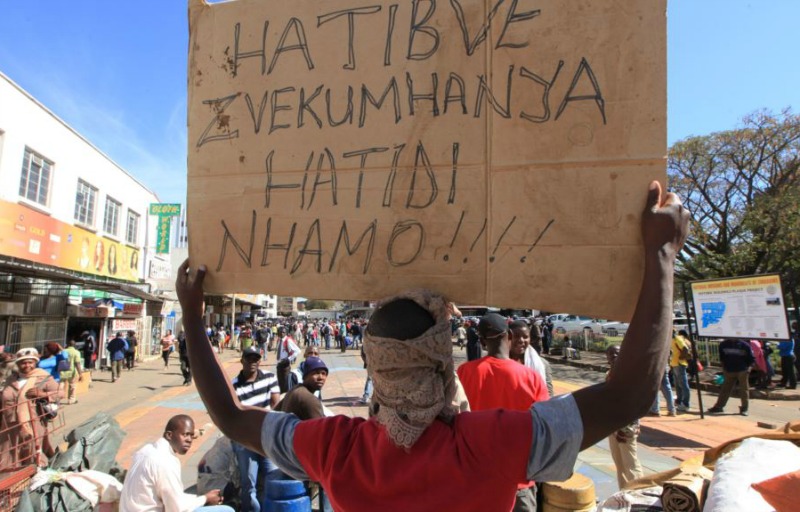 POLICE on Wednesday were involved in running battles with some stone throwing vendors in Harare from whom they confiscated some of their items which were on sale.

The incident happened at the Simon Mazorodze Flyover.

Police were also seen throwing back the same stones at the protesters.

The skirmishes occurred not too long before President Emmerson Mnangagwa used the route to visit Glen View high density suburb and Beatrice Infectious Diseases Hospital where some cholera patients are receiving treatment.

The hospital is less than a kilometre from the where the clashes occurred.