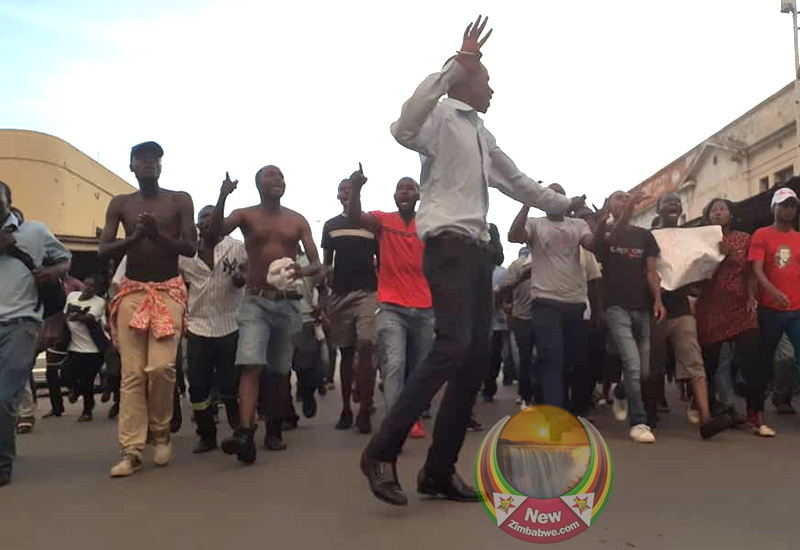 The government has banned all political rallies and demonstrations, among other forms of public gatherings, in attempts to limit the spread of the deadly Covid-19.

Some MDC Alliance youth activists have been arrested while more are on the run after police have said they were keen on seeing their arrest for staging a peaceful demonstration in Harare’s high density suburb of Warren Park last month.

The protest was over severe food shortages in the country since the start of the lockdown in March.

However, to circumvent the restrictions and heavy State security agents enforcing the lockdown rules, disgruntled anti-government activists have resorted to staging demonstrations during the night when security patrols are lower.

This week, hundreds of protesters in a convoy of vehicles drove through the streets in the high density suburbs of Highfields and neighbouring Glen Norah in protest over what they called deteriorating economic and political crisis.

The demonstrators, mostly young men, were calling for an uprising against President Emmerson Mnangagwa’s government.

They complained the governing party had closed all political space while mismanaging the national economy.

In the well coordinated demonstration, witnessed by NewZimbabwe.com, the protesters moved around the two densely populated areas expressing displeasure over Mnangagwa’s government.

Earlier Tuesday, teams of youthful anti-government activists had moved around the low-income suburbs painting graffiti in public places calling for Mnangagwa to step down.

The state has intensified security monitoring along major feeder roads leading into Harare’s Central Business District since the start of the week with a high number of workers being ordered by the police and army to return home.