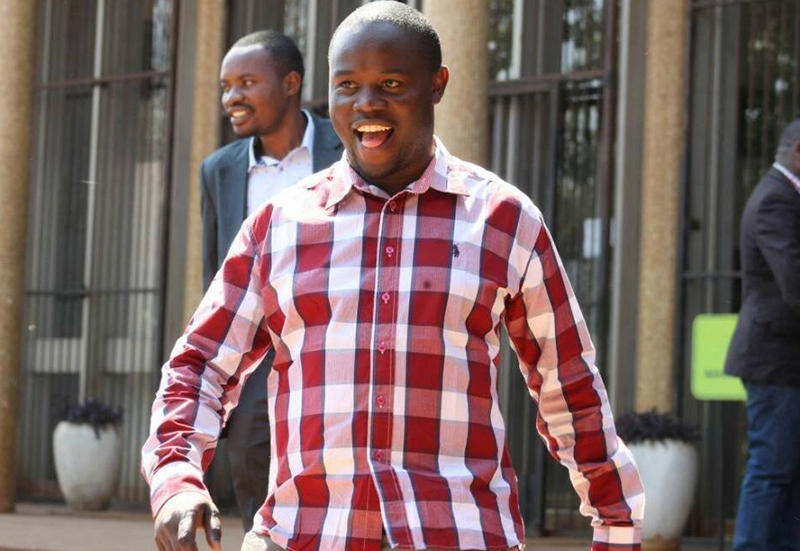 The dramatic incident happened moments after the firebrand activist had addressed the media while denouncing continued police harassment on street vendors.

Mkhwananzi had castigated the current Emmerson Mnangagwa government for employing tough measures on hapless vendors, adding that the new Zanu PF regime was ushered in through a flawed electoral process July this year.

Police have pulled all the stops to rid the Harare City Centre of illegal street vendors blamed for fuelling the spread of the deadly cholera disease that has claimed over 30 lives in less than a month.

But soon after finishing his address, some eight police officers in anti-riot gear burst into the room and arrested Mkhwananzi in full view of over a dozen journalists who also filmed the incident.

Police handcuffed Mkhwananzi with the Tajamuka frontman heard pleading with them to loosen the grip of the irons on his hands.

A policeman in civilian clothing insisted the former student leader was being arrested for contravening Section 36 of the Criminal Law (Codification and Reform) Act for allegedly “participating in gatherings with intent to promote public violence, breaches of the peace or bigotry”.

They took him to a waiting police truck outside which had over a dozen anti-riot police details in it and drove away.

Police have just arrested Promise Mkhwananzi one of #Tajamuka/#Sesijikile leaders at the just ended press conference.