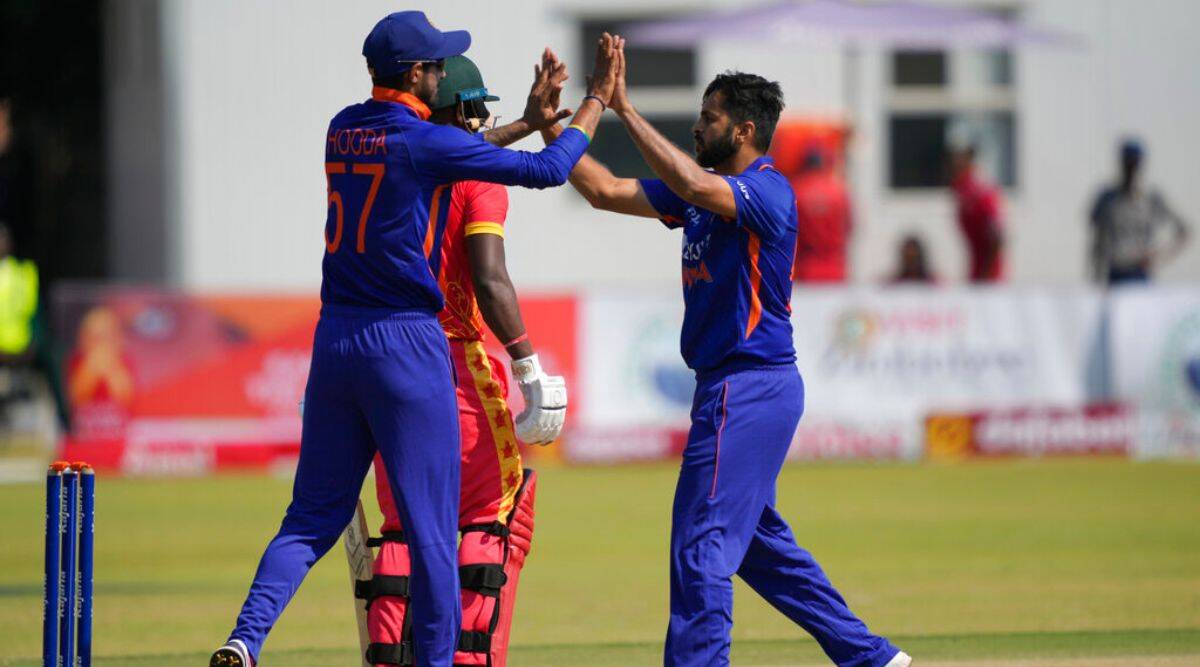 India seamer Deepak Chahar certainly is making plenty of fans in what is turning out to be a very productive tour of Zimbabwe.

Chahar made a triumphant comeback after a six-month injury layoff with a match-winning spell of 3/27 in the first ODI against the home team, earning the Player of the Match award for the same. A dominant India restricted Zimbabwe to 189 before romping to a 10-wicket victory to go 1-0 up in the series.

After the game, Chahar decided to catch up with some of the local fans, obliging to their requests for pictures and selfies. One group of female fans was particularly smitten by the Chennai Super Kings bowler, with one among them going to the extent of asking him, “Can I touch you?”

The video was shared by journalist Vimal Kumar, who is presently covering the tour, on his YouTube channel. Watch it here:

Chahar, however, sat out of the second one-dayer on Saturday, presumably due to a niggle, with Delhi Capitals’ Shardul Thakur taking his spot in the XI.

Team India once again dished out a clinical bowling performance, restricting the Chevrons to 161 after opting to field with Thakur emerging as the standout Indian bowler with figures of 3/38.

The Zimbabwean bowling unit, however, didn’t appear as listless this time around. While they failed to break the opening partnership in the previous game, they did manage to put the Indian batters under a bit of pressure by collecting wickets at regular intervals.

Skipper KL Rahul was dimissed for just 1 in his first innings in a competitive game since the IPL after walking out to open alongside Shikhar Dhawan. Wicketkeeper-batter Ishan Kishan’s poor form continued as he was dismissed for 6.

Both Dhawan and Shubman Gill, who had opened in the previous game, were dismissed for 33 each. India lost four wickets inside 100 runs and nervousness cramped in the Indian dressing room.

However, Sanju Samson and Deepak Hooda registered a 56-run fifth-wicket stand to ensure no further hiccups. India eventually chased the target in 26th over, with five wickets to spare.

The two teams will meet again for the final clash of the tour on Monday.