This is despite recent cases of journalists harassed for covering police skirmishes with vendors, especially in Harare.

Speaking during a Media Alliance of Zimbabwe (MAZ) annual conference in Harare Friday, Charamba attributed the said cordial relations to what she said were engagements between the parties as well as the training of police officers on how to deal with journalists.

She admitted relations were “frosty” before. 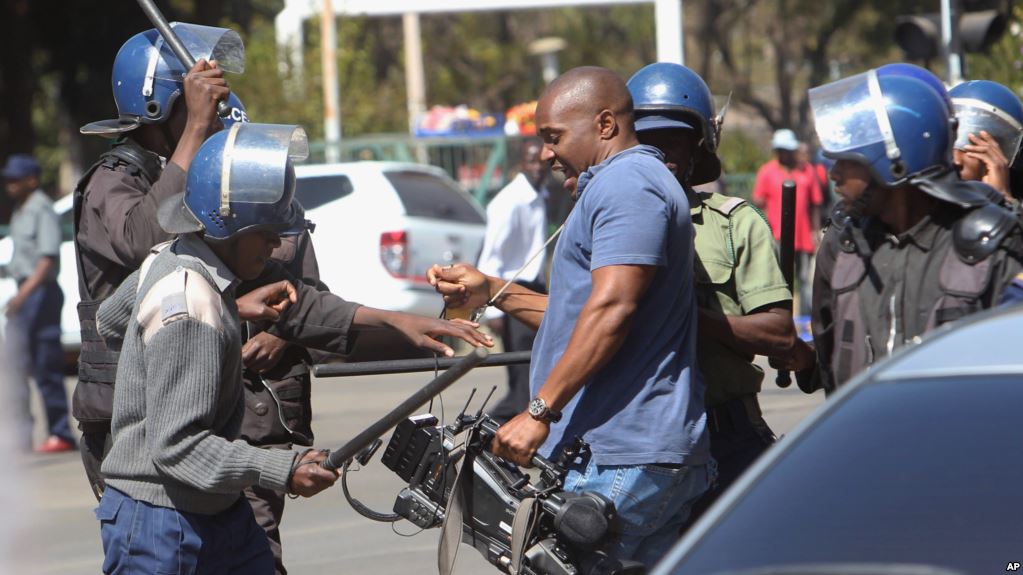 According to Charamba, of the five violation cases highlighted by media bodies during elections, only one was formally reported.

“In the past plebiscites, relations between our organisation and some media institutions were somehow frosty,” she said.

“This, in our view, was mainly as a result of some imaginary walls that were erected between ourselves and of course, lack of clear and harmonious lines of communication and trust by both sides.

“I wish to point out that seemingly cordial relations we enjoy stemmed from the fact that since 2016, we started engaging with media and listened to what the media bodies had to say particularly, on safety of journalists during execution of their duties and ease access to information from ourselves.”

However, Zimbabwe Union of Journalists (ZUJ) secretary general Foster Dongozi said that more than 15 journalists have been harassed or beaten up by the police this year during pursuit of their duties.

The Zimbabwe Union of Journalists (ZUJ) and the Media Institute of Southern Africa (MISA-Zimbabwe) continue to report on several cases of journalists’ being harassment or tortured by police.

“For some reason, journalism is the only profession which attracts torture and beatings in this world,” Dongozi said.

“I am not saying go and beat up other professionals. I have always wondered why no-one just beats up a nurse or a police officer, some of whom have actually killed.

“MAZ is concerned at the increased cases of violations of journalists’ freedoms witnessed in recent times in Zimbabwe.”

The harassment on journalists has become more visible lately, since police embarked on operations to drive out vendors from pavements within the Harare CBD.