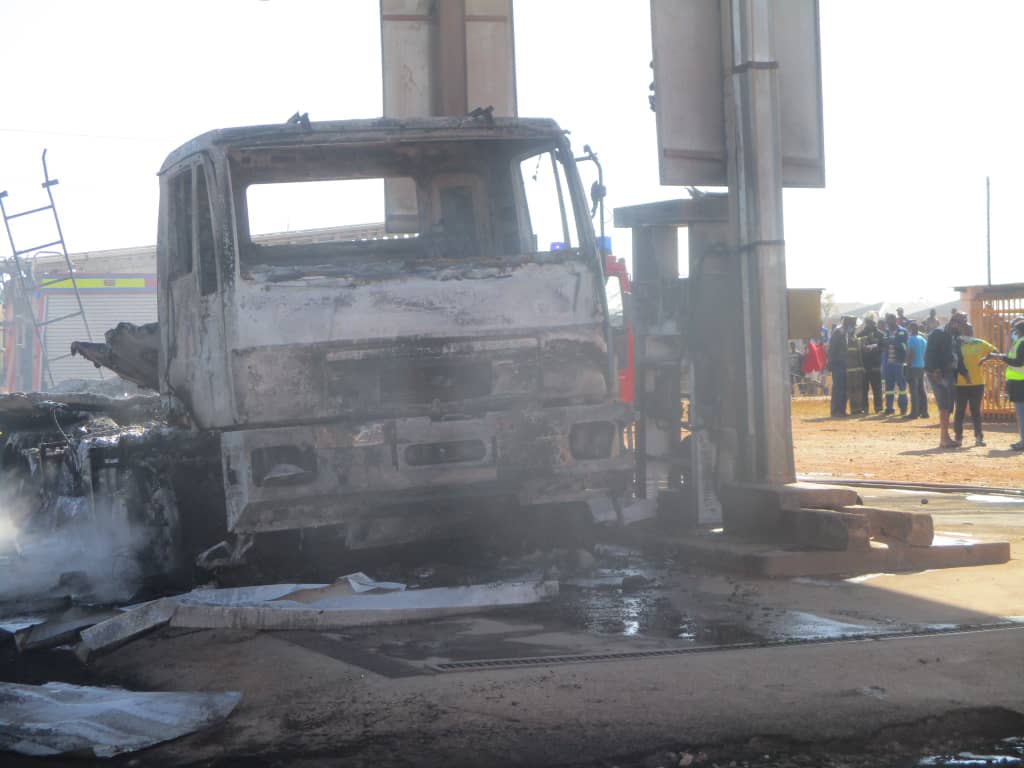 FIRE broke out at a RAM service station in Ruwa Saturday, causing extensive damage to equipment and a fuel tanker that was offloading the highly flammable liquid.

The incident, which happened in the morning, also damaged some hardware shops located close to the station.

A City of Harare fire engine had difficulties putting out the inferno and had to call for assistance from the army.

Workers at the fuel station watched helplessly as fire fighters struggled to defeat the fire.

“The fire caused extensive damage, the fuel tanker, fuel pumps and the hardware shops have been extensively damaged,” said Marufu.

“Challenges were faced as we were fighting against a fuel tanker that carries 20.000 litres…so we mobilised for another fire truck from the army to be able to put out the fire.”

Service station manager, Lynne Zata said the spark came from the tanker that was offloading some fuel.

“Ï just heard the sound from the tanker offloading the fuel. That is when the fire started but I have no idea what caused the fire,” she said, adding that no one was injured as a result of the incident.

One of the hardware owners who preferred anonymity said the first truck of fire-fighters struggled to connect water pipes to put out the fire.

“The fire brigade could have saved the other side of the building, but the fire truck arrived at the scene without enough water to extinguish the station,” she said. 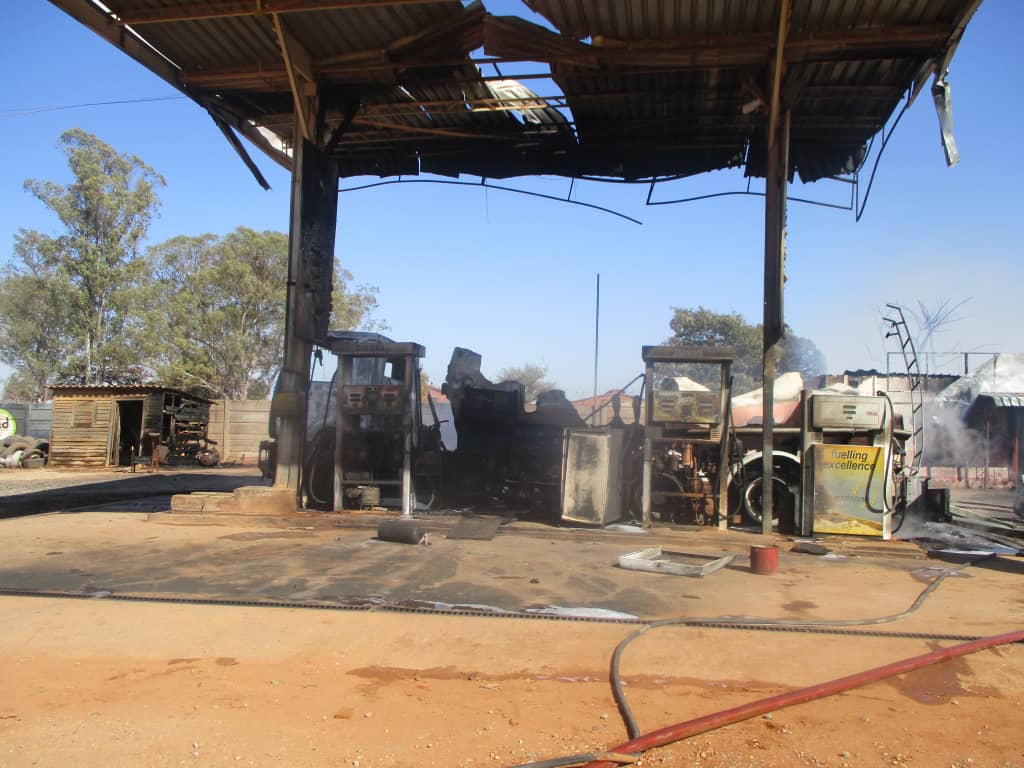 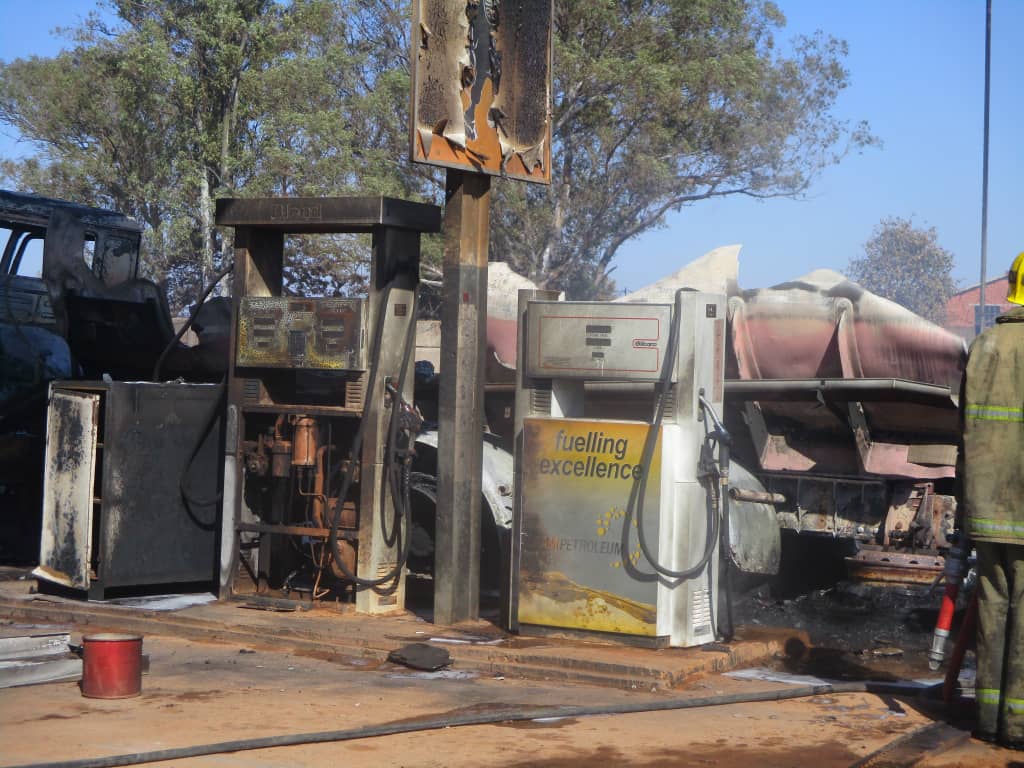 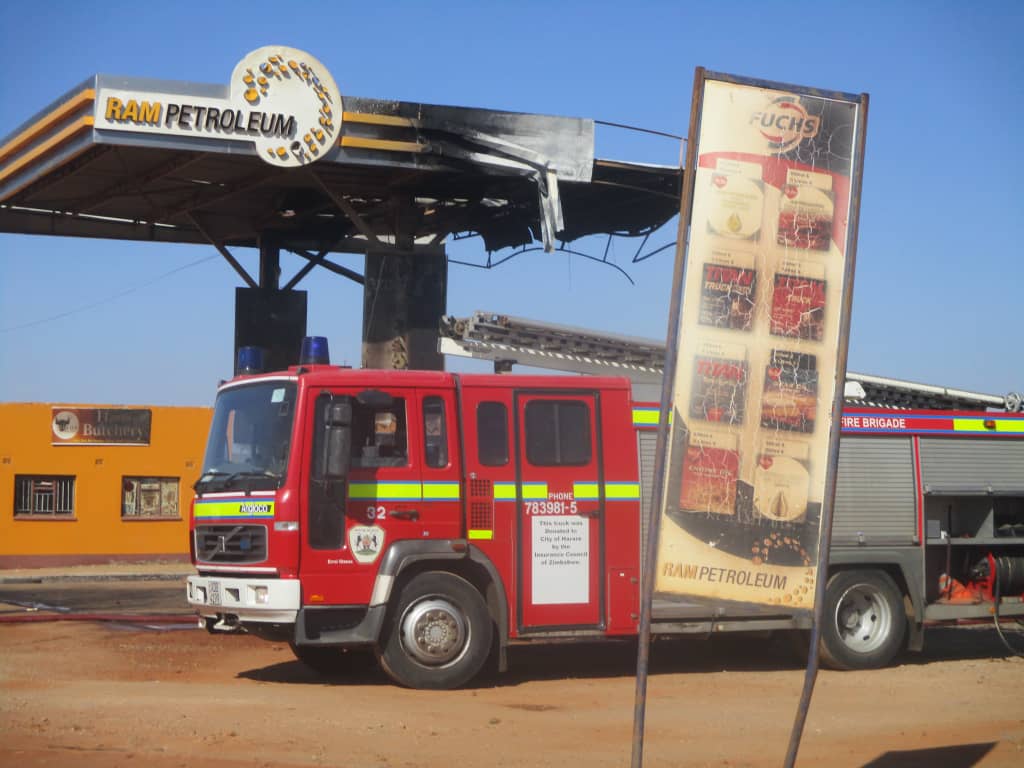