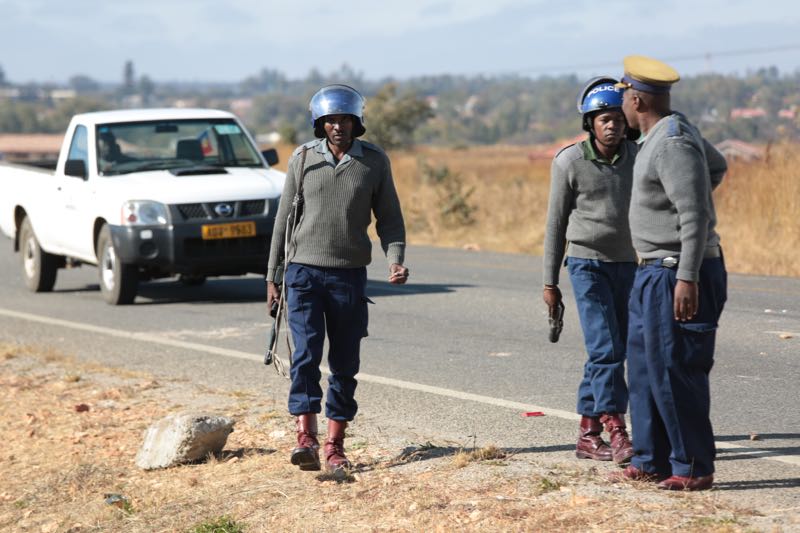 POLICE on Thursday stormed the newsroom of private online publication 263Chat in Harare where they fired a teargas canister, injuring one of the journalists Lovejoy Mutongwiza in the process.

Police locked the door of the first floor newsroom, leaving the scribes to the ordeal of breathing choking tear.

Panicking journalists had to jump onto the balcony through the window.

“A report is being lodged at Harare Central Police station because of this. They shot at Lovejoy who was covering their efforts to force vendors off the streets.

“They chased him into our newsroom before shooting teargas canisters, one of which hit him on his stomach,” said Madhuku.

Police and council officers were involved in running battles with vendors along Harare’s first street.