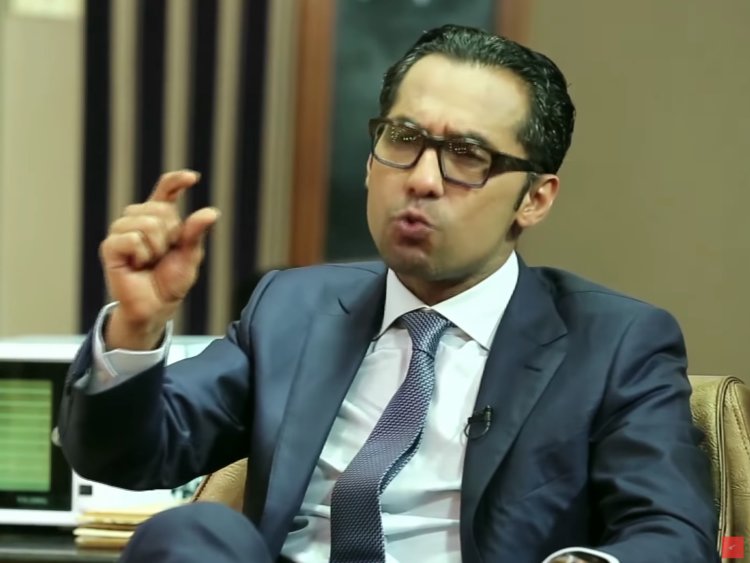 TANZANIAN tycoon Mohammed Dewji, 43, who was kidnapped earlier this month, said on Saturday he had been released and had returned home safely.

“I thank Allah that I have returned home safe and sound,” Dewji told a press conference in Dar es Salaam where he was abducted on October 11 as he entered a hotel gym.

Clearly strained and appearing exhausted, he thanked the “Tanzanian authorities, including the police, who worked for my return”.

Watch the video below posted on YouTube by 2nacheki

“I thank all my fellow Tanzanians and everyone around the world for their prayers,” he added.

Tanzanian police said on Friday they had identified the driver of a vehicle used in the kidnapping and were making progress in their investigation.

The family had offered a reward of half a million dollars for information that would help police find him.

Mohammed Dewji earlier tweeted that he had been released and his father Gullam Dewji confirmed his son’s release in comments to the Tanzanian daily Mwanachi.

His uncle, Azim Dewji told Mwanachi in a video that “his abductors abandoned him and he was able to phone his father”, adding that his nephew was in good health.

The footage also showed a tired-looking Mohammed Dewji, in a T-shirt and jogging trousers, thanking the police.

Tanzania national police chief Simon Sirro told the press conference that Dewji had already provided some information about the kidnapping.

“Mohammed Dewji told us that the kidnappers wanted money but were very afraid, even though they were armed. He asked them several times how much they wanted but they gave no figure,” Sirro said.

He also gave his captors contacts for his parents but they feared that they would be caught if they approached them, Sirro said, adding that they had finally decided to give up.

“We now know their network, we know which country the plans were made,” he said, without giving details.

Dar es Salaam police chief Lazaro Mambosasa meanwhile told journalists that Mohammed Dewji had indicated to him that his abductors spoke a southern African language, confirming suspicions that the kidnappers were foreigners.

They had eventually released him at the same hotel complex where he had been abducted. From there, he had made his way to his home, where police interviewed him.

Mohammed Dewji heads the MeTL Group which operates in about 10 countries with interests in agriculture to insurance, transport, logistics and the food industry.

He was born in Tanzania and studied at Georgetown University in the United States. He also served as a member of parliament from 2005 to 2015.

In 2013, he became the first Tanzanian to grace the cover of Forbes magazine and was named Forbes Africa Person of the Year in 2015.

According to Forbes he is 17th on the list of Africa’s billionaires, and worth $1.5 billion.

He is married with three children. In 2016 he signed a pledge to donate at least half of his fortune to philanthropic causes, according to Forbes.