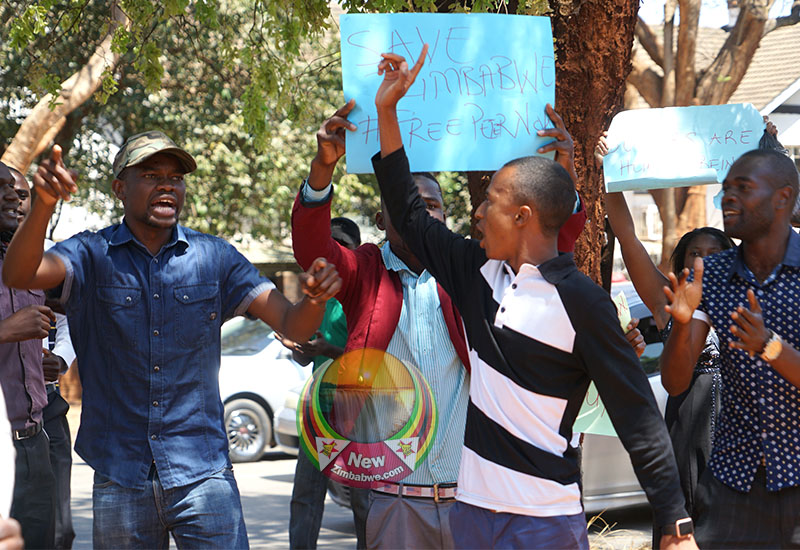 HUNDREDS of MDC Alliance youths Thursday hijacked the funeral of their Mbare colleague to protest against economic decay and corruption in high government offices.

The deceased, Austin Bhisikiti, was the opposition party’s Harare province secretary for communications and stayed in Mbare hostels.

He was buried at the Zororo Memorial Park cemetery near Chitungwiza.

“While we are cognisant of the Covid-19 regulations, we could not neglect the mandate bestowed upon us on rolling out the programme of community mobilisation,” he said.

“We are engaging with citizens. So, on Wednesday, we had a night vigil in Mbare and today (Thursday) we addressed party members on the need to focus on community based resistance.”

He said an unexpected high number of youths had turned up for the funeral and protest.

“The idea is that Zimbabweans must not wait to converge in central business districts. Resistance must begin at the grassroots levels and this is where the rot being experienced must be resisted.

“We also used the occasion to protest against corruption realising that Cde Austin died because he failed to get quality health care in our corruption ridden medical institutions,” Siziba added.

Under Covid-19 restrictions, only 50 people, who are close relatives and friends of the deceased, should gather for the funeral wake.