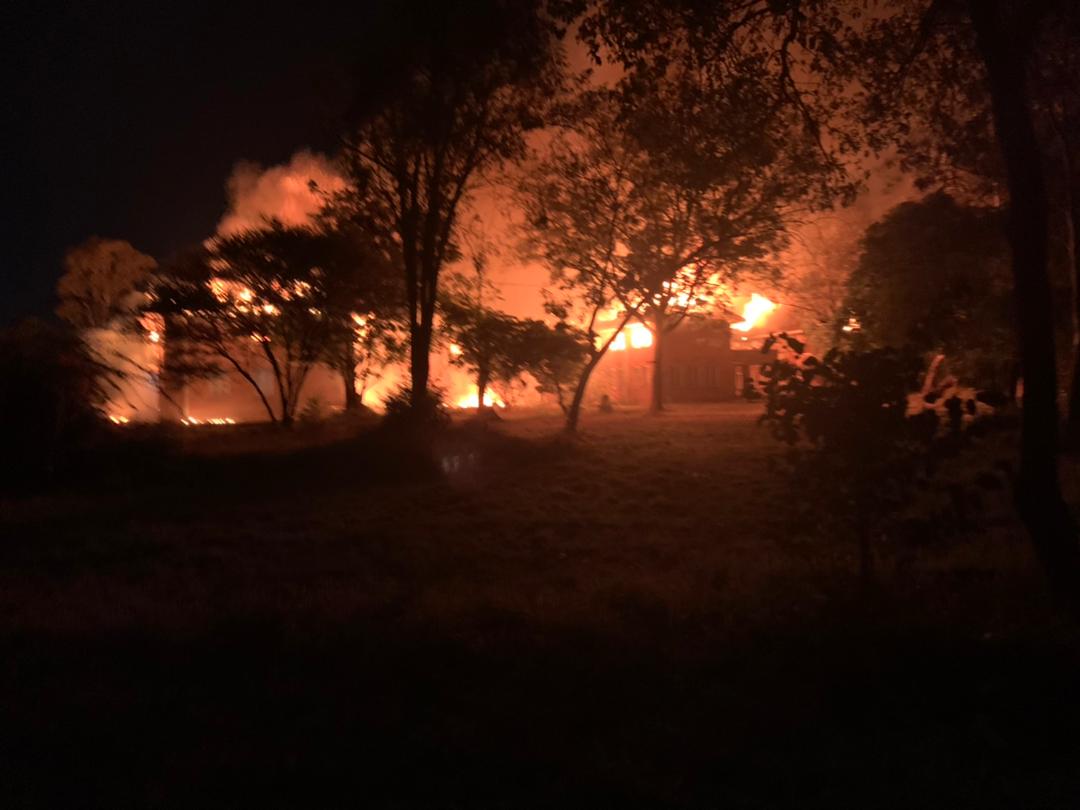 The raging fire
Spread This News
By Costa Nkomo

A DOCTORS’ residence flat at Mpilo Hospital in Bulawayo was gutted by fire around midnight Wednesday with causes of the inferno still unclear.

Video images of the incident went viral on social media.
Mpilo Hospital CEO Professor Solwayo Ngwenya confirmed the unfortunate incident on his Twitter.
NewZimbabwe.com could not readily establish if there were any casualties although household property running into thousands of dollars is believed to have been destroyed.

It is however not the first time in two years that a doctors’ residential flat at Bulawayo’s referral hospital have gone up in smoke.

In June 2019, property worth thousands of dollars was reduced to ashes after a doctor’s residence was gutted by fire at the health institution.

It is suspected that the fire was caused by a heater which was left on.

Just like the latest one, the 2019 incident also occurred between at around midnight.